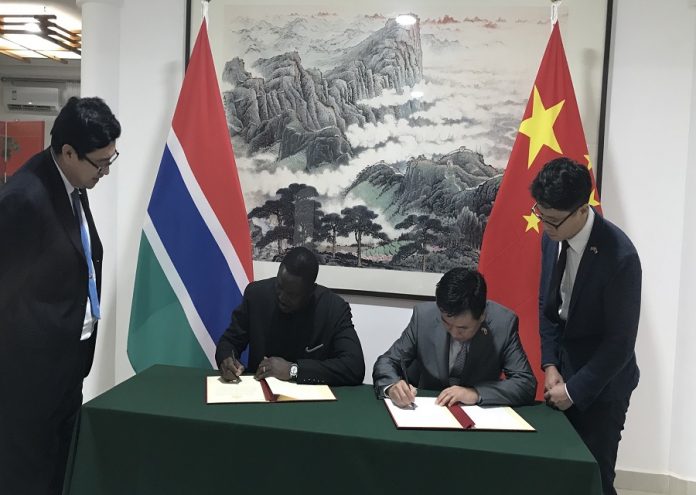 On Monday September 16th, 2019 the Honourable Minister of Foreign Affairs, International Cooperation and Gambians Abroad, Dr. Mamadou Tangara and the Ambassador of the People’s Republic of China, H.E. Ma Jianchun signed a grant document for the installation of security inspection equipment at the Banjul International Airport, at a dinner hosted by the Embassy of China.

The signing ceremony for the equipment was done at the Chinese Embassy in Bijilo.

It is agreed that The Gambia will send personnel to attend the training session organised by the Chinese experts.

Following the signing ceremony, Dr. Tangara thanked the Government and People of China on behalf of H.E. Adama Barrow President of the Republic of The Gambia.

The Honourable Minister highlighted the importance of security noting that it is paramount for the development of any country.

He added that since The Gambia will be hosting the Organisation of Islamic Cooperation conference in 2021, thus made it necessary to improve security at the airport.

He renewed Gambia’s commitment to strengthen relations and cooperation with China.

H.E. Ma Jianchun, the Ambassador of the People’s Republic of China expressed delight and assured that relations between the two countries will move to greater heights. He informed that the equipment would arrive in March 2020.