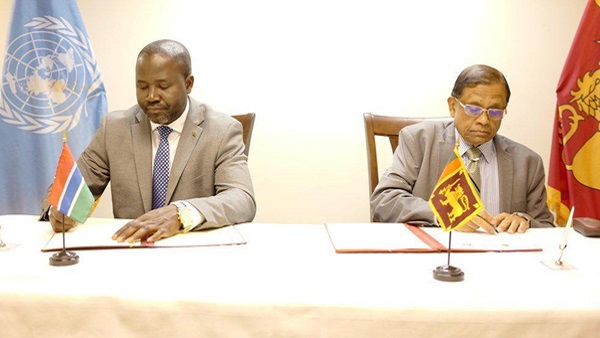 The Government of the Republic of The Gambia on Friday, 10th May 2019, established diplomatic relations with the Government of the Democratic Socialist Republic of Sri Lanka.
The Joint Communiqué was signed by H.E Lang Yabou, The Gambia’s Permanent Representative to the United Nations and his counterpart, H.E Dr Amrith Rohan Perera, Sri Lanka’s Permanent Representative to the United Nations at the UN Headquarters in New York.

The new relation responds to national interests of the two governments and will strengthen international peace and cooperation
The two countries will widen cooperation in the areas of politics, economy and culture.