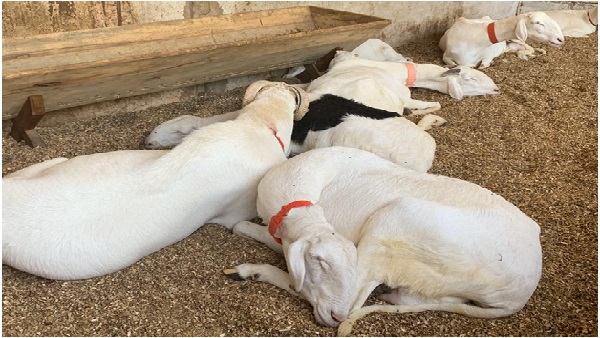 Sammagi, a livestock breeding organisation in partnership with Gamsheep Breeders Association of the Gambia, are set to participate in the upcoming Senegalese National Livestock Association (Adam) championship in Dakar. The event is slated for 17 – 27 January.

“The continued coordination and collaboration of various livestock actors in The Gambia caught the eye of our fellow livestock breeders in neighboring Senegal. As a result, we have been invited to participate in the bi-annual 13th international livestock show and championship organised by Adam,” said Ousman Corr, Sammagi PRO.
He said the selected animals to participate in the event are fully prepared to represent The Gambia.

The Gambian team has already left for Dakar last Sunday.
“To make sure The Gambia leaves a mark at the event, Sammagi Association, Gamsheep Breeders, and Professional Breeders are working hand-in-glove to represent team Gambia,” he added.

PRO Corr went on to bring to light the significant role livestock plays in the economy of the county. “It’s through these realisations that we are motivated to come up with the idea of setting up livestock associations,” he said.

Alieu Badjie, a member of Sammagi, challenged Gambians especially young people to venture into animal breeding.
He said the country’s climate is favourable for such ventures, adding: “All what is needed is commitment.”

Baboucarr Jeng, secretary of the association, said: “Livestock enthusiasts in The Gambia have come to realise the pivotal role that livestock plays in the economy of a nation.”