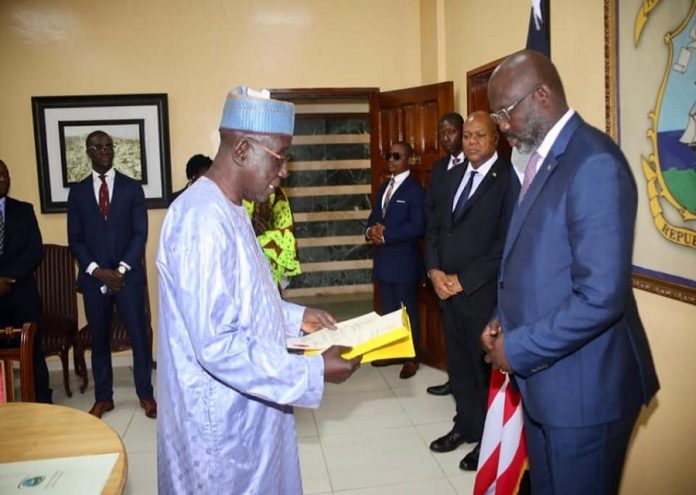 Ambassador Manneh was among 8 other Ambassadors who presented their Letters of Credence to the Liberian leader. The former on behalf of the Government and people of The Gambia promise to work with Liberia for the development of both Governments and Peoples at bilateral and multilateral level.

The two discussed ways of strengthening cooperation in the areas of trade, fisheries, forestry and tourism. They also mapped out ways of enhancing road, air and sea transportation as captured within the framework of ECOWAS.

In his welcoming address, President Weah expressed appreciation to Ambassador Manneh and assured that Liberia is open to fostering diplomatic relations with countries that continue to support Liberia’s development agenda and global peace initiatives. He said Liberia remains ready to do fair business with nations of the world that are interested in tapping its vast investment potential.