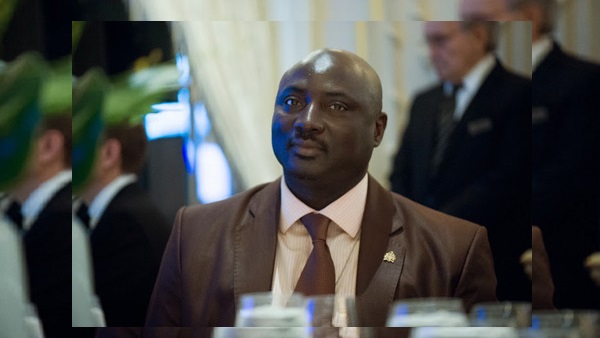 The Gambia’s honorary consul in Ghana, Ousainou Mohammed Yaffa and his deputy Mustapha Wally, have been accused of visa racketeering.
A whistleblower using the nom de plume, Kofi Kwesi, informed The Standard yesterday that the two orchestrate a complex racket in which they fleece up to US$7,000 from people they help to travel to the West.

He alleges that Wally engages with the prospective travellers and regardless of which country the applicant is interested to travel to, the person will pay US$300 non-refundable fee purportedly for putting together “the necessary documents” from the consulate. The applicant will then be prepared as an employee of the consulate with a fitting job title to match his or her qualifications.
“After paying the aforementioned money, for starters, a letter of employment is prepared on the original letter head of the consulate with The Gambia national seal embossed on it and duly signed and stamped by the consul, Hon. Ousainou Mahammed Yaffa,” the source explained.

He added: “Under the ruse or guise of applicant attending a conference on behalf of the consulate, a conference (mostly paid ones) is then searched in the particular country the applicant intends to travel to, he (the applicant) foots the conference fees as part of the agreement, which ordinarily ranges from US$500 – US$1500. Mr Wally then asks for the money to be given to him so he pays into his bank account at FBN BANK, Kaneshie, Accra-Ghana Branch with account name, Wally Mustapha Omar, [details withheld]…

“From which he purports to procure the conference via his credit card – MasterCard number [details withheld]. He eventually does not pay from his credit card as applicant is made to believe, rather, he (Mr Wally) contracts a third party who in turn pays the conference using a fictitious or if you like stolen credit card information belonging to another person mostly from a Western world, for a fee ranging from US$200 to US$500 depending on how much the conference costs…

“After the conference is paid for, an invitation letter is sought from the conference organisers. At this time, pay slips, letter of sponsorship, note verbale, staff ID card from the consulate would have been manufactured bearing the name of the prospective traveller. Both hotel and flight reservations are made by Mr Wally as part of documents readying the visa application. The applicant as part of the initial arrangements will again foot the visa fee.

“Mr Wally will then accompany the would-be-traveller to the embassy of his chosen country for the visa application to be applied. After which he (Mr Wally) takes custody of the visa receipt or any form or document meant for the eventual collection of applicant’s passport after a decision is made on the application.
In a nutshell, Mr Wally fetches the applicant to go back together to the embassy for the collection of the passport. When the decision turns out to be favourable, the applicant is required to pay US$5,000 for a Schengen or other European visas and US$7,000 for American or Canadian visas,” the source alleged.

Deputy consul’s reaction
Upon receipt of the information, The Standard contacted a telephone number in Accra and a man claiming to be Mr Mustapha Wally answered the phone. He responded: “It is an allegation. I know that there is some element of fact in connection to your investigation, but some of the things you mentioned are not true. I have to be very honest with you I have been rendering such services to the Gambians free sometimes. This I can confirm.
“I have to admit that people do come to me for visa and I do help them some times, but it is not my job. For example, when The Gambia under-17 was going to Canada, I received about fifty requests for visa applications from the Foreign Affairs Ministry which I facilitated. These things happen everywhere in the world and you have to understand that we are serving our country without receiving anything in return. So whenever we have avenues to generate small money we will always grab it,” he said.
He said he did what he did because he wants to discourage people from using the back-way.

“I only help people once a while but all the conferences you are claiming, I have to be honest to you, are just mere allegations. I even do it sometimes free of charge. And the consul is always in the picture because I am the deputy and he is the consul. As I am talking to you, I have helped somebody to acquire visa because he was going for a genuine programme,” he added.

MoFA’s reaction
Meanwhile, when contacted for reaction, the permanent secretary at the Ministry of Foreign Affairs in Banjul, Ms Salimatta Touray said: “I guess if that was happening the consul will contact the ministry and since they have not contacted us, I don’t think there is a problem. Nonetheless, I will find out and get back to you.”
However, up to the time we went to press last night, Ms Touray was unavailable for immediate comment on the matter.