Is Gambia’s Hajj Package ‘Most Expensive’ In W/Africa? 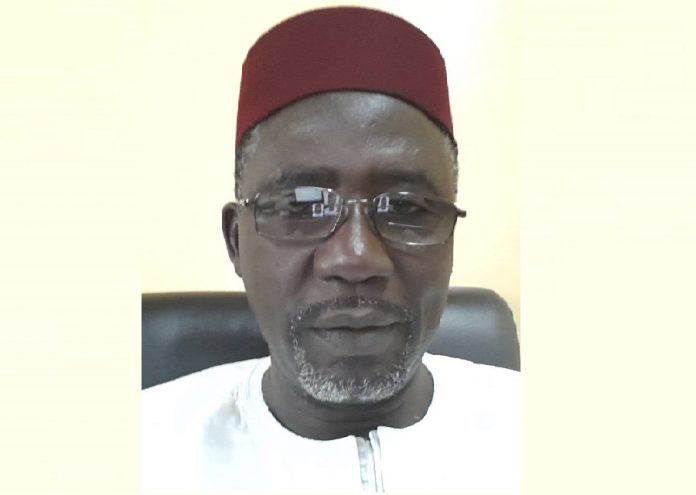 The Gambia’s hajj package, as high as D323,000, is said to be the most expensive in West Africa. Many Gambians at home and abroad have queried this, arguing it is pricing out everyone except the very rich from performing one of the five fundamentals of the Muslim faith.

Hajj Commission
Alhaji Ousman Jah, the chairperson of the National Hajj Commission, told The Standard his commission is not obligated to fix hajj prices. He said the operators fix their own prices.
“They build their packages and back it with evidence they should incur on hotels, transport, catering, seat costs, guards, medical teams, and other logistics,” the Amirul Hajj explained.
“Each operator has its own ground operator in Mecca and Medina so the costs may vary. Also, the standard of food may be different, likewise the dollar exchange rates may differ. If we observe any abnormalities in the services they promised to provide, there is a penalty we would impose on them,” Jah said.

“In countries that enjoy currency stability, the operators can build their package without any fear of fluctuation of the dollar. In The Gambia, when you build your package, you are always afraid of fluctuations and if the dollar rises above your estimate, you land in problem.
“In Saudi, they have increased everything and introduced 5 percent VAT for all transactions. This increment affects the whole world, The Gambia included. This VAT affected all operations from fuel, hotel prices, government agencies and other costs. I cannot give you a concrete reason but all these factors may have contributed to the high cost.”

The chairman said the claim that The Gambia has the highest package in the sub-region “is not justifiable”. He explained: “This is a business. The commission is here to regulate, supervise, and set up laws as well as advise the government. If you privatise hajj you cannot tell the operator what hotels to hire. We cannot give you a licence as a private operator in a free market and at the same time control you or your business. We are thinking introducing a new measure that will stipulate prices that no operator should go beyond. But that’s too late for this year. The packages are expensive but we cannot say it is the most expensive in the region.”
He said his commission will embark on an assessment visit to the Saudi Arabia this week to asse and compare packages and services Gambian operators intend to provide to pilgrims.

Operators
The GIA hajj commission chairman, Jaiteh Faal, explained that the devil is in the detail and dismissed the claim that the package is expensive. “It is not true [that The Gambia’s package is the most expensive in West Africa],” he said.
He claimed in some parts of Senegal, intending pilgrims pay “far more than” are being paid in The Gambia this year. “Let them not be writing or talking about issues they don’t know. They must have evidence to back these claims,” Jaiteh rebuffed.
Mariama Adu-Lette Sy, director general of Tivaouane Travel and Tours which has been operating here for three decades, said: “We are providing many services for our pilgrims including highly experienced and religious guides, doctors, accommodation, three square meals, outfits, and suitcases. Our package is D 318,800 and it is all-inclusive. Even a tobaski ram is included.”

She explains why the Gambian package is seen as inordinately expensive: “In West Africa, the countries with lowest packages are subsidised by their governments. Ghana is subsidising the hajj and Senegal is doing the same. Subsidy could be in form of lowering the dollar. We would have brought the package down but there is no subsidy in The Gambia. The Saudi authorities have increased all the taxes by almost 30 percent.”
She also clarified that the Saudi government does not feed the pilgrims. “Whoever said this, let him prove it. Remember hajj is a sacred rite and we are not going to lie about it. Gambians just love rumours. Where in Saudi do you see free food?” she asked.

Orbit Travel Agency CEO, Amie Chery, also spoke to The Standard regarding her this year’s package: “Ours is D314,000 and this includes accommodation in Makkah and Madinah, tents in Mina, fares for flight, three square meals served buffet style, transportation and provision of experienced guards, a medical team and other hajj gifts.”
She explained that packages differ “simply because the accommodations and other needs that we provide for our pilgrims in both Makkah and Madinah are of different categories. Probably the accommodation that I take might be cheaper or more expensive than what others take”.

However, she accepts that price for hajj should not be this high.
“It is true that the packages are high. We know this is a Third World country and we would like to provide reasonable and affordable packages but sometimes circumstances are beyond your control. We want the package to be reasonable so that everyone can afford it,” she said.