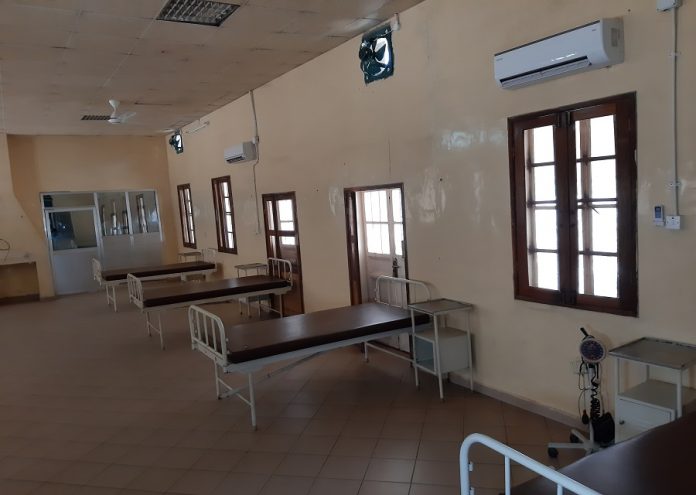 The GCCI has refurbished the individual ten-room ward, the general ward with a capacity of 30 patients, another ward of eight beds for the ICU and the ward converted to a nurse and doctors’ room for them to stay in whiles they look after the patients.
Dr Abubacarr Jagne, head of clinical unit coordinator Covid-19 saidthe GCCI has mobilised lot of funds for the Sanitorium.
“They provided us with televisions, air-conditioning, internet, washing machines worth over a million dalasi and they are still asking for what more they can do for us. We are really grateful. So this is to say that we have gone a long way especially for those who have been here several months will find out that the Sanitorium now is not the Sanitorium they used to know,” he said.

He continued: “This is because there have been enormous efforts both by private individuals and government. We need to put this to the public so that it will be a stepping stone for people to learn from and for the community to know that Gambians have done a lot to make this place look better. We believe this would motivate other philanthropists and businesses to emulate GCCI and other individuals who contributed immensely in revamping the Sanitorium.”

He also thanked the Mayor of Banjul Rohey Malick Lowe and Tapha Njie of TAF Construction for being very pro-active in supporting the Sanitorium.
“I want to tell Gambians this virus is a reality, if it was not, we would not have left our families at home and stay here for days without seeing our families. Let us ignore those who are trying to spread false information about the virus,” he said.