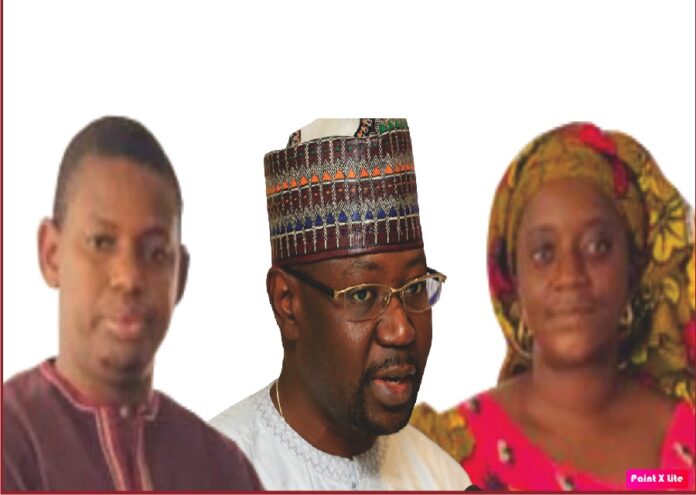 At least three senior members of the Gambia Moral Congress have cross-carpeted to tNPP and APRC over the weekend.

Gano, who announced his decision to join APRC in a ceremony held at the party’s bureau in Manjai Kunda on Friday, vowed to contribute his quota in advancing the former ruling party.

When contacted for comments, the seemingly unmoved GMC leader Mai Fatty said: “We can confirm two of our members joined NPP via social media. Asiatou Jallow used to be our deputy women mobiliser until December 2019. She was not re-elected to the National Executive. During the period at which she served as deputy national women mobiliser, she was put on salary and when she lost the position, her salary stopped.”

“In her audio which is available to us, she claimed if she had joined Barrow Movement or NPP three years ago, she would have been rich by now. So, we assumed she left because of what she said was ‘an interest’. Unfortunately, at GMC, we are after people who support our agenda of truth and principle based on national interest and not those seeking their own personal interest,” Fatty said.

He said Madam Jallow came from the Green Girls of APRC to GMC. “Now she’s gone from GMC to NPP. It’s their right to join any party of their choice.”

With regard to Buba Khan, Fatty said: “If you ask nine out of ten GMC members as to his status as deputy national chairman, they wouldn’t even know him. That tells you his zero impact and how unimportant he was regarding his contributions to the party. Notwithstanding, he too was placed on monthly salary for the duration of his tenure which expired December 2019.

“He was not re-elected after the Congress. The main reason he resigned from the party, we are informed, was due to family pressure. At the time of his departure, he was an ordinary member that occupied no position in any of the structures of the party. The pressure on him from his family was the appointment of his elder brother Alpha Khan as the new chief of Jokadu. Alpha Khan and Buba Khan are of the same mother and father.”

“At the time we didn’t know that his proposed candidature for council elections was rejected by GDC. Coincidentally, we were also looking for a candidate to contest the council seat for Bijilo ward and he heard about that. When he applied to join GMC, we accepted him and he proposed contesting the Bijilo ward seat. GMC mistakenly sponsored his candidature but he lost. After that election, he was no longer active in party activities. Later he approached the party leadership for employment at the Party Secretariat which didn’t materialise. We never saw him afterwards,” he added.