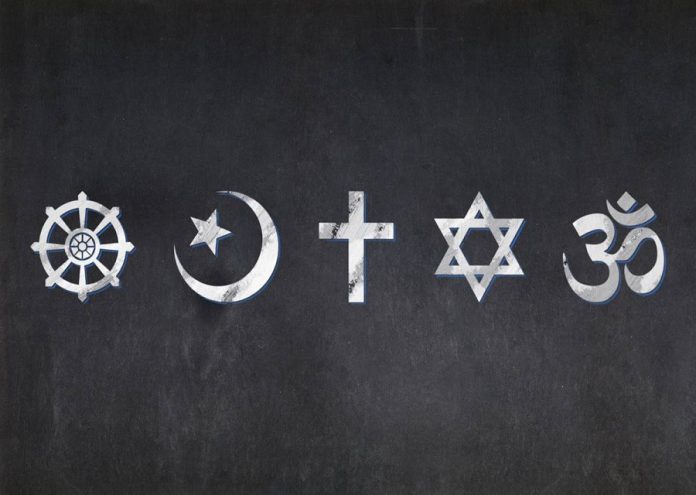 In the first part of this article, I addressed the various definitions being given to the words ‘secular’ and ‘secularism’ where some people were trying to distance the masses from the concept of secularity. They used deceptive definitions and false equivalence to beguile the people.

The debate on secular and secularism is, should be,about its legal connotation as the discussion is about whether or not it should be included in the draft constitution. Including the word secular will have a lot of benefits for the country, and it will not be a new thing either. There are more than twenty countries in Africa alone which are secular.

The suggestion that the insertion of the word secular will deprive us of our religion and/or our religious values is farfetched and is not based on facts. The example of our next door neighbors, Senegal, has already been given. Senegal has the word secular clearly spelt out in their constitution and it has not taken away from their religion or religiousness. In fact, just recently, Senegal inaugurated the largest mosque in West Africa referred to as Mosqu.ée Massalikoul Djinâne.

The truth of the matter therefore is that people are losing trust, and with it hope, in the Muslim political leadership and in the Muslim clergy as well. This is warranted mostly by the double standards that can be observed from their behavior. In the Gambia here, we see that some of the religious scholars making so much noise about secular were the same people who supported, prayed for, sang the praise of Yahya Jammeh even though they knew what he was doing. They supported him when he unilaterally declared the Gambia an Islamic Republic in contravention of the constitution of the Republic.

When he organized beauty pageants and told our women to dance showing off their backs, they were there praying for him and the success of the programme. One wonders therefore if their vociferous attacks against secular and secularity are informed by love of faith, fear of God or some other ulterior motives. On the right motive, O reader! You can be the judge!
In a recent research conducted by some scholars of Islam, it was found that the cause of the waning of religious influence in both political and spiritual matters is “disappointment with the Muslim Brotherhood in Egypt, the shock of ISIS, fatigue with sectarian parties in Iraq and Lebanon, anger at the Islamist regime in Sudan.” (1) And no, don’t dismiss it as something that is far away in the Middle East alone. We live in a global village and what happens in one part of the world affects every other part.

We have seen how these far away movements of ISIS and ALQa’eedah have been able to have a stronghold in countries like Nigeria and Mali where the talk of Shariah was raised to the fore of the nation’s political governance.

In Nigeria, the states which went in for Shariah are today embroiled in the mess of Boko Haram who are spreading to places like Niger and other areas. The declaration of those states as Shariah States opened the floodgates of extremism and all other evils.
We need not belabor the chaos that has engulfed Mali where; again, the Tuwaregs were vociferously advocating for the introduction of Shariah. Where has it led them and what benefit did they enjoy from it apart from giving a safe haven for the extremists and terrorists?

We can all learn from the examples of Senegal and/or Tunisia who are moving ahead despite the issue of secular. We value our religion, of course, it is part of our identity, it is what defines us and as a result we cannot brush it aside. Nonetheless, if we wish to progress, we must ensure that every individual is respected and given their due regardless of whether they come from a minority or a majority. The insertion of secular will help do that.

Coming to the history of Islam, we will see clearly that the Holy Prophet of Islam (SAW) was one of the most tolerant leaders the world has ever seen. He lived in peace with the Jews, the Christians, and even the pagans. He did not bring about any force on them and did justice in all his dealings with them. You see, the Holy Prophet was the foremost fulfiller of the commands of Allah and Allah says, ‘Laaikraha fid diin’ (There is no compulsion in matters of faith) (2)

The Holy Prophet never allowed anyone to be unjust to the minorities who lived with them in Madinah. There is an incident which shows this very clearly. It is narrated that once a companion had an argument with a Jew in which he boasted that the Holy Prophet was greater than Moses. The Jew took offence and reported it to the Prophet. He sent for the companion and said, “Laatufadhiluunii ala Muusaa,” (DO not declare my superiority to Moses). (3)He simply wanted to avoid hurting the feelings of the Jews.

On another occasion, he allowed a Christian delegation to perform their worship in his mosque. This is the man who is or should be our exemplar. Most of today’s clergy are so intolerant that one cannot imagine something like this happening here.

The holy Prophet drew up an agreement or a pact which is referred to as the Constitution of Madinah in which all the rights were given to the minorities. Their protection was guaranteed and a peaceful coexistence ensued. This is why the Holy Prophet and his companions succeeded as they ensured justice and equality. The Holy Quran says, “I’diluu hiya aqrabulit Taqwaa (Be just, it is closer to righteousness). Certainly, reducing people to second class citizens because they belong to another religion is not justice. This is what will happen if we fail to clearly mention that the Gambia is a secular state as some people may be tempted to hijack the state machinery and bring havoc to the nation.

We must not allow this to happen here. Let us insert secular in the constitution and make sure that everyone has the right to worship the way they see fit. That is what justice demands. We must remember that sovereignty is- should be – equally shared by all citizens. No one is more citizen than the other. We must not treat anyone as a second class citizen in his/her own country.