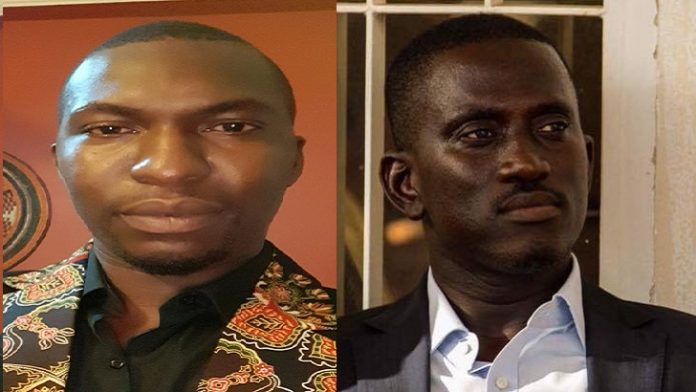 The coordinator of Civil Society Coalition on budget transparency has said there is need for government to introduce inclusivity during the formulation of the country’s budget to ensure transparency and accountability.
The budget is the key document through which the government decides its priorities for development.

“So, in one snapshot one can see where the government is pitching its focus, where other interested sections of the society are trying to get their share of the pie,” said Flex Dan.
However, in Gambia’s case, due to the perceived technicalities involved in the process, it doesn’t get the required public scrutiny it deserves.

Flex added: “It is in this sense that now civil society organisations are gradually waking up to the idea of budget as a crucial tool to reform governance and monitor accountability.”
He argued that budgets should not just talk about growth of the economy, and give sops to sectors, “the benefits of which remain largely confined to only limited sections of the society, but look at it from the point of view of the majority of the poor and from a universalist framework where basic rights and necessities of the people are met in an effective manner.”

“It is time we began translating the rhetoric of ‘inclusive growth’ through inclusive budgets,” he added.

He continued: “When you look at countries like Rwanda and the progress they are making terms of development, this is because they having both civil society and the general public in the formulation of their budget. When we talk about inclusivity, it is not as if it has to be expensive it is just best practice to include the citizenry in the formulation of what will affect them directly or indirectly.”

“The problem we continue to face in this country is that the government has refused to realise that including the citizenry in the formulation of the budget is the way forward. You cannot budget for a household if you don’t know what their need is. If the government wants the budget to reflect the needs of the people, they must engage them during the process of formulating the budget,” he said.

He added: “If look at where the expenditures are spent and geographically clock them you can see where the hospitals and roads are being built. This has a repercussion because if you are building roads and hospitals in the Greater Banjul Area ofcourse people in the rural area have to come to the urban.”
Flex further argued that there is a disconnect between the budget and the national development plan.

“This is a problem because what should happen is that as a government you have a strategic plan and made a lot of promises; you should itemise all those promises included in your national development plan; divide them into size and deal with them one by the other. This is just to say that the government should throw the money into the promises they made to the people,” he stressed.

He said Gambia’s budget priority is paying debt. “This is our priority full stop. The rest is all rhetoric. D7 billion of our budget is going to debt serving when we can raise D13 billion. Can you imagine you are giving more than half of your revenue for debts? This is why I believe that the budget and the national development plan should be in unison if we want to address our problem.”

“I think the government needs to look at other countries that have inclusive budget formulation. I believe when they do that, they will understand the benefits attach to it,” he said.

However, the draft Constitution includes number of provisions expected to subject the Budget Estimate to expert and public scrutiny before the National Assembly considers it. In doing so, the draft Constitution also requires that “the recommendations shall be taken into account when the committee makes its recommendations to the National Assembly. [248 (5)]”
This means that public scrutiny is provided for at the end of the budget cycle, however, Flex said, public involvement at the beginning of the budget process could prove even more beneficial.

Allocations to the defense and security sectors combined is D1.7 billion which accounts for 7.3% of revenues compared to 8% last year amid the whole crux of the inevitable Security Sector Reform process and World Bank’s Security Sector Personnel Expenditure Review (SPER) recommendations.

The President’s office alone registered D31m increased allocation due, partly, to increase in staff at the Presidency. There will be increase in “Special Advisers” from 4 to 6, a deputy Secretary General, and allowances alone increasing from D1,402,010 in 2019, to D14,806,855 in 2020.

However, Flex said the CSOs are not fully equipped to tackle the issues in the budget.
“I believe one has to be dynamic to be able to tackle the issues that need to be tackled in the budget. The other thing is when the budget is tabled before the National Assembly the civil society doesn’t critically monitor the process to be able to have a better understanding of the technicalities. There is still lack of commitment from the side of the CSOs when it comes to the budget,” he added.

“Knowing the realities and the constraint affecting the budget in terms of resources, knowing very well that the bulk of the resources way over 70% goes to what we call stitchery, salaries and debt service. So, I don’t think that much public scrutiny will be of much use anyway but the fact that the budget passes through the National Assembly which is the institution where the representative of the public sits, I think that is adequate scrutiny. That is my opinion,” he noted.

He continued: “With my experience as former budget director I think subjecting the budget to direct public scrutiny is waste of time and resources. This is my opinion and I stand by it. The budget by nature is bottom-up approach because it is formulated primarily at the ministry of finance. For me the fact that it has gone through cabinet and the National Assembly that is enough.”

Sabally said in the case of the Gambia’s budget there is little room to manoeuvre because “you have 70% of budget going to paying salaries and debt service which is non-negotiable. I know the civil society; they need space in the negotiation table and they need to justify their existence. That is their take. But as far as I am concerned, I don’t think it is going to be useful,” he added.

“The civil society themselves need to be inclusive. We know some of them are personal NGOs, personal charitable organisations and when they travel it is just the heads and the family. They need to open this up to all these young people they are using; they need to give them more opportunity. So charity begins at home let civil society be more inclusive and more accountable to the people that they are collecting money for,” he stressed.

Turning to the difficulties the country is facing in running a large deficit budget, Sabally said: “Running a large budget deficit is counter in treaty. Even for common sense purposes you cannot spend above your means. It doesn’t make sense because it is going to create inflation crowding out of private sector mercury economic instability from both domestic and international arena and balance of payment. It has lot of ramifications.”

“So, as far as running a large budget deficit is concerned, I think it is really ill-advised and the government needs to as quickly as possible. I am not speaking completely against deficit but I think a reasonable deficit of 3-4% of GDP is quite acceptable in our time, given the constraints,” he added.

However, Sabally said the government should look at its tax exemption system. “I think some of these so called foreign investors came to game the system because right now, there are foreign investors who came through the president are given undeserved tax connotation to the detriment of the national treasury.”

Fair taxation needed
Sabally said government also needs to look at its current policy of tax exemptions.
“Then there is a whole range of area under ‘tax evasions’ which needs to be re-looked at with greater political will. The government doesn’t only needs to re-look at its policy of pro-active encouragement of private sector but also needs to re-look and restructure its laws around tax havens and company regulations. This would also need escalating some of the concerns at the global forums and bi-lateral discussions with many countries on an urgent basis,” he added.

Finance ministry reacts
Lamin Trawally, principal financial risk analyst at directorate of loans and debt management at the Ministry of Finance, said: “The problem we face is that we are not operating a balance budget because the expenditure is way more than the revenue. Now the priority is to maximise external concessional loan financing where the loans we are taking will have to be more favourable loans that will give us maturity periods of 30 years of less than 1% of interest rate.”