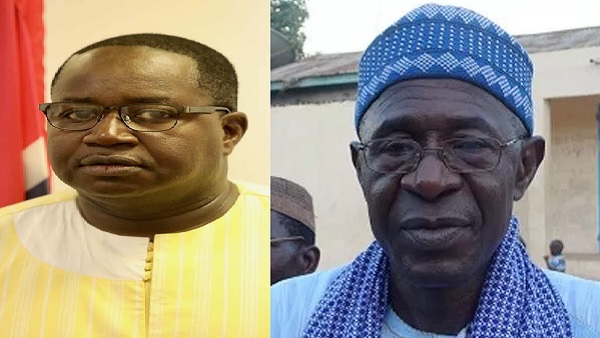 The Government of The Gambia has released a statement denying it is in any negotiation with anybody or group about the return of former President Yahya Jammeh.

The full statement is reproduced below:
In the wake of raging allegations that the APRC Party of exiled former President Yahya Jammeh was in serious negotiations with the Barrow Government for the former President’s return home, The Gambia Government categorically denies the claims as totally meritless. To be abundantly sure, there are no on-going negotiations between The Gambia government and any party or parties for the return of the exiled leader, Yahya Jammeh, and Gambians are urged not to pay heed to such rumour or bogus claims.

Claims of Yahya Jammeh’s ‘negotiated return’ with The Gambia Government were first made by the APRC’s interim leader, Fabakary Tombong Jatta, during a press conference on Friday, and since his utterances, citizens have reacted critically mostly with apprehension.

Therefore, the government of The Gambia reiterates its commitment to the overall safety and security of its citizens and strongly denies any purported negotiations, deals or discussions with any party for the return of the exiled former Gambian leader, Yahya A.J.J Jammeh.

In a related development, it has come to the attention of The Gambia Government that during Monday’s trial of former APRC junta minister, Yankuba Touray, elements expressing solidarity with the accused Touray, had allegedly assaulted a French journalist, Mr. Romain Chanson duly accredited to report for Radio France International (RFI) in The Gambia.

The Barrow Government condemns the reported assault as a blatant act of cowardice and a flagrant violation of press freedom.

Those who assaulted the journalist are urged to desist from such reprehensible acts and The Gambia government will not hesitate to initiate criminal prosecution against such elements. Citizens are reminded that under current dispensation, the assault, torture, harassment and or intimidation of journalists is utterly criminal and severely punishable by law.