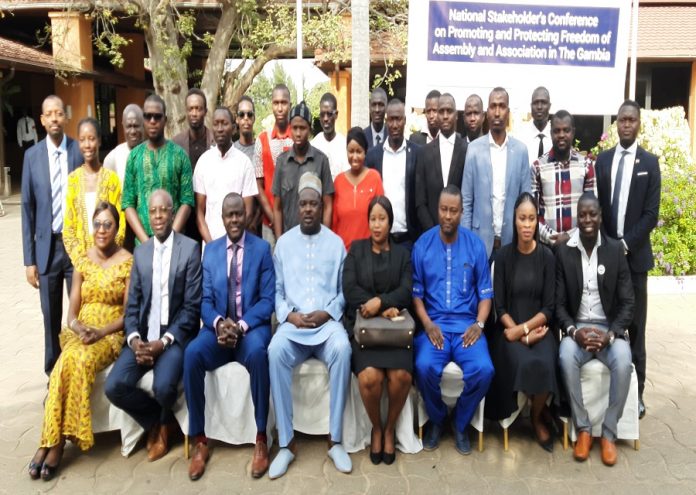 Human right activists under the aegis of the Gambia Bar Association and the Institute for Human Rights and Development in Africa have called for the abolition of permits for protesters.
The activists recommended for the introduction of notifying the police instead of applying for a permit.

They made the observation yesterday at a national stakeholders conference on promoting and protecting freedom of assembly and association.
The president of the Bar Association, Salieu Taal, said the requirement of a permit prior to the exercise of the right to assembly and association under the current Public Order Act is not consistent with best practice on freedom of assembly.

“The right to freedom of association and assembly is a cornerstone of all democratic societies especially a nascent democracy. The exercise of fundamental freedoms of assembly and association under the current Public Order Act is proving to be a challenge for law enforcement and the citizenry,” he said.

Taal added: “As a country that has peaceful transition from a dictatorship barely three years ago, the citizenry are more than ever cognisant of the importance of exercising their fundamental rights under our constitution. Despite our constitutionally guaranteed rights to freedom of assembly we still have a Public Order Act which unduly fetters the exercise of these fundamental rights.”
He said while the freedom of association and assembly is not absolute, “citizens must understand how to exercise their fundamental rights responsibly within the limits of the law.”

The executive director, for the Institute for Human Rights and Development in Africa Gaye Sowe, argued that the Public Order Act, in particular Section 5 “is a means of limiting citizens’ rights to freedom of association and assembly.”

The solicitor general, Cherno Marena, on his part observed: “The freedom of assembly and association are matters that the Ministry of Justice takes very seriously as they are the essential tool for citizen participation and grievance outlets for citizens between elections. Despite the importance of these very important rights, there has been a historical and continuing tension between these fundamental rights and legitimate public security concern.”

He continued: “National security agencies that we task with providing security also have legitimate concerns when it comes to public security. But the question that needs to be answered is, what constitutes restriction to these fundamental human rights in a democracy? It is my proposition that this required a fine balancing act which is guided by an objective, fair and consultative process.”

Marenah proposed that a detailed regulation be developed to ensure that legitimate interest of parties are catered for without necessarily infringing on the fundamental rights of citizens.

By Alagie Manneh The sedition trial of lawyer Yankuba Darboe, a political activist and leading member of the banned Three Years Jotna group, will be...
Read more
News

NHRC calls for greater representation of women in leadership

The National Human Rights Commission has called for greater participation for women in leadership roles, as the commission joins the rest of the world...
Read more
News 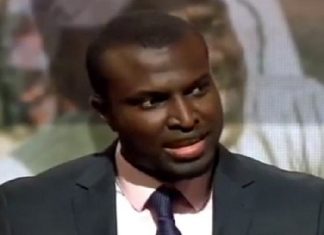 March 9, 2021
By Alagie Manneh The sedition trial of lawyer Yankuba Darboe, a political activist and leading member of the banned Three Years Jotna group, will be...

NHRC calls for greater representation of women in leadership