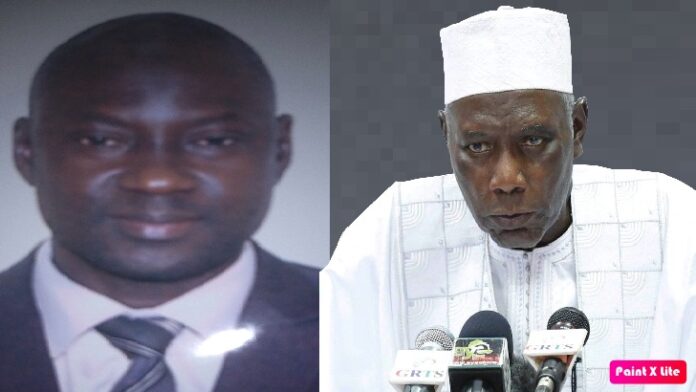 The Gambia Public Procurement Authority (GPPA) has warned that the Independent Electoral Commission’s plan to go against its advice to contract a Canadian company with the supply of electoral materials and issuance of voter’s cards will be ‘illegal’ and a complete disregard of the procurement Act.

The Electoral Commission is adamant to contract next year’s voter registration and supply of election materials to Electoral Service International (ESI) despite GPPA’s refusal to approve the proposal.

ESI was competing with Dermalog, a German company, Ekemp International, a Chinese company and Smart Business Group, a Gambian company.

The IEC chairman Alieu Momarr Njai last week told The Standard the IEC Act protects and empowers the commission to ensure that it is free from control or influence of either the president or the authorities.

“Despite that, we feel because this is a major issue, we should make the offer on public tender in accordance with the GPPA regulations,” Njai said.

But speaking on the matter for the first time, the GPPA director general Saloum Malang, said the IEC “is not exempted from coming to the GPPA to seek approvals”.

“Section 20 of the GPPA Act clearly categorises procurements that are exempted from the GPPA and the IEC doesn’t fall under that category. Expenditure of public funds must go through GPPA,” DG Malang said, adding that the only exemption is the military and that is when weapons or other security-related equipment are acquired.

He said section 12 of the Act clearly indicates that procuring organisations must not engage in procurements above the amount specified in the regulations without obtaining the approval of the authority at every stage of the procurement.

“The IEC knows that very well because from records, they did 20 submissions to GPPA and six out of those 20 were election related,” he said. He added that the IEC must not go ahead with the contract without the GPPA’s approval.

Explaining what led to the impasse, DG Malang said: “The IEC had first submitted their request for bidding which the GPPA looked at and approved as the first stage. From there, they did their bidding document and tender which we attended and everything was in order. It was when they submitted their evaluation to us for review that we realised that there was some very relevant information missing. We wrote to the IEC officially, outlining all our concerns and asked them to forward us further information on the technical specification and the terms of reference because the evaluation committee was completely silent on the terms of reference.”

DG Malang said standard procedure provides that bidding documents should provide terms of reference which will include all aspects of the contract.

“We want to avoid a situation where we will approve a contract with one of the bidders who didn’t specify the terms of reference. If that happens, there could be a source of variation and you don’t want to go through variation. For example, if you went to a certain stage of the contract and you want the contractor to do certain things that are not specified in the contract, they may demand for extra money. So this is what we want to avoid,” he explained.

He said the GPPA has “not necessarily questioned IEC’s decision to choose ESI. All we demanded is further information about the company particularly its experience, the people working for the company and tax compliance. We want them to explain why they think ESI is more competent than the rest. But instead of responding to our queries, they (IEC) wrote us back a letter to say they have maintained their decision of awarding the contract to ESI, and that the IEC Act has given them the immunity not to be controlled by any authority. We also wrote back to inform them that we were also not going to approve,” he said.

The GPPA boss concluded: “If IEC knew they were immune, why did they submit for approval at the GPPA in the first place? They expected us to approve just like that. But I want to assure Gambians that the GPPA is not a rubberstamp. The other bidders who paid D50, 000 bidding fees to the IEC deserve to know why their bids were not accepted. Until the IEC clears our doubts, we will not approve the proposal. It is a concern that the GPPA is a tooth-less bulldog when it comes to enforcement. We don’t have that punitive power and that is one of the weaknesses we are engaging the authorities to see how we go around it.”