Hard to resist a temptation 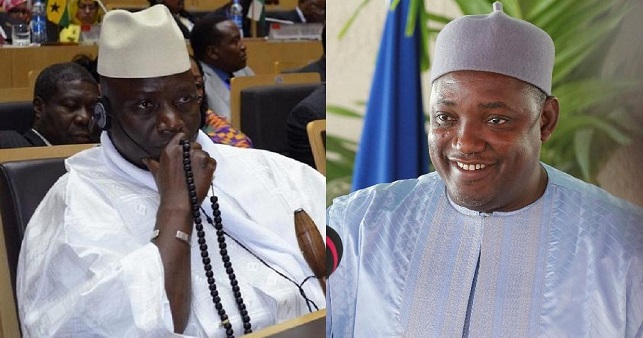 There is a story in the Holy Bible about the prophet Jesus and Satan.
They stood on a mountain top and Satan showed the world to Prophet Jesus. Satan said: ” I will give you all this power and glory, because it has been laid in my hands and I can give it to anyone I want.”

As we all know; Prophet Jesus was able to resist the temptation because he knew that if he accepted Satan’s gift, he would have to worship Satan for the rest of his life.
Some people are prepared to sell their souls to Satan, without any hesitation. They get tempted by power, money, properties, nice cars, free traveling around the world and by people who look up to them. The reflection of their own greatness, in other people’s eyes, is filling them with a sense of pleasure. A glance in the mirror, a smile at oneself by the look at this apparation in nice clothes. Ah, what a sight! Ah, what a feeling of accomplishment! How great it feels to be so high up, as long as you don’t look down on the piles of people you are standing on.

According to an article in this newspaper on July 13 it has been confirmed that president Barrow’s party NPP and three other parties have been discussing a coalition before the presidential election 2021. No agreement has been done so far, but the discussions are ongoing.

According to Dodou Jah any agreement they are going into will be in the interest of the Gambian people. Isn’t that marvelous! Isn’t that exactly what you have wished for since December 1, 2016? You were faking joy and relief, you actually didn’t want Jammeh to leave the Gambia. You wanted him and his thugs to continue raping women, murdering children, torturing old people, jailing innocent people, dragging out people from their houses in the middle of the night to never be seen again. ”In the interest of the Gambian people ”. Really?

Can anyone tell me the reason why APRC is not banned as a political party? Oh, I know the answer: because it gains President Barrow and his government. President Barrow doesn’t have a clue of how to be a good leader for his country. He is not a president for his people, he is a president for himself and what he can gain from staying in power as long as possible. That is why he allows APRC to remain as a political party, that is why he allows representatives of APRC to have high positions in his government. HIS government, not a government who is there to protect the rights of the Gambian citizens. It seems as Barrow believes he owns the Gambia. It is his personal piggy bank and he tries to empty it on its resources every day. Don’t you see the pattern? It is the same way Jammeh was acting! If you allow president Barrow to stay in power, the Gambia will soon be a dictatorship again.
“In the interest of the Gambian people”.

What is your interest? Is it to have food on your table every day? Is it to have good and affordable healthcare? Is it to be able to send your kids to school, knowing that they will get a good education? Is it to have access to electricity, to water and roads where you don’t have to jump between the pot holes or almost swim across them during heavy rain? The Gambia has gone backwards since the last election. Nothing has become better and nothing has been accomplished. Are you so blinded by authority that you are unable to claim your human rights? Become an activist for Heaven’s sake and demand a change!

Here is a cut from the same article as I refered to before:
”Speaking specifically on the talks with the NPP, Jah was quick to acknowledge that the former ruling party “will not go into any agreement with NPP unless President Adama Barrow fulfils the constitutional guarantee of giving Yahya Jammeh his dues as an ex-president and return all seized APRC assets.”

“I don’t know about other political parties but for NPP, we will not go into any agreement with them if they fail to give Jammeh his rights as a former head of state. That cannot be comprised. We are not going to have an agreement with somebody who doesn’t respect the law,” he said.

Such audacity, such imprudence to believe that the APRC can have any demands at all. How is it possible that these people haven’t learned anything at all from their past? What kind of fairy land are they living on, where they haven’t heard the stories from all victims that have been testifying at the TRRC? Empathy is clearly not a word in their vocabulary and that is frightening. How many of them are out there? How long will it take before you learn to relax and trust people around you again? For now it seems that it will take generations before that has changed, and if we allow these people, who live in complete denial, to demand anything at all you might as well give up. Why bother? Nothing will change for the better anyway. Everyone knows that politics is a dirty game, full of tricks and traps. Does it have to be like that? Where is your power? Where is your anger, your force, your determination that enough is enough?

#neveragain! Was that only a catchy slogan?
Why should Jammeh be allowed to return to the Gambia as a private citizen? Why should anyone praise him and honour him as the ex-president? What has he done to deserve that? I feel sick just by the thought of it and I am not even a victim of his atrocities.

All seized assets of APRC ought to be returned before APRC could go together with NPP and others in a coalition. Those assets are to be considered as stolen from the Gambian people. Can a thief claim to the magistrate that he wants to have his stolen goods back when he finally is released from jail? No, those goods will be given back to his victims, and what is then the difference between a small thief and the APRC? You can’t claim anything at all, you should cover yourself in shame and never speak out again! You are not the victims! Nobody feels sorry for you! You are not the ones who can’t sleep at night because of injustice, grief or pain. Shame on you!
Here comes the worst part of all:
”We are not going to have an agreement with somebody who doesn’t respect the law,” Dodou Jah said.

I would laugh if it wasn’t so preposterous! Does Mr Jah even listen to his own words? It doesn’t seem as he or the APRC has the same law book as other Gambians, because if they did they would find that Yahya Jammeh is nothing but a criminal. Is it even possible to defend a man who is guilty of so many crimes? Is it possible to stand up and proudly say that you are a member of APRC and expect people to respect you for that? Well, obviously it is, but must we accept that? A party that has violated every one of your human rights? Do they deserve your respect? Do you want to go back to what the APRC consider as ”the good old times”?
If not, do something about it! Become an activist, demand your human rights and vote these people out!