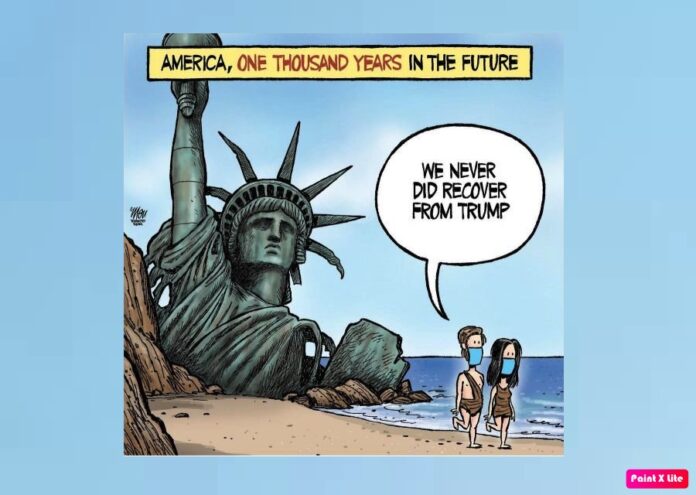 Exactly twenty years ago, I was called to the office of the US ambassador to The Gambia, George Haley, and invited on behalf of St Mary’s College, Maryland, to visit America. St Mary’s is a pretty little college of about 1,600 students sitting on the banks of St Mary’s River near the picturesque Chesapeake Bay. In 2000, the college was voted by the US News and World Report as the best public liberal arts college in the US.

In the years preceding my visit, the college had been developing a research programme in The Gambia coordinated by then associate professor Bill Roberts, the chair of its anthropology and history department. Bill was no stranger to The Gambia having served for two years as a Peace Corps volunteer in the village of Baja Kunda in the late 1970s. A brilliant unassuming young man, he speaks the deep, rich, fluid Mandinka of Wuli and seems smitten by the ambience of the upper country and its people. To this day, many Wulinkas, like the PDOIS’ Sourahata Danso, vividly remember him as “Our Yaya Bajaha”.

His college was setting up a Centre for Democracy and the Interpretation of Civil Society. With three sets of crucial elections coming up in The Gambia, Bill, Professor Michael Payne, the college’s external relations director Marc Apter, and some key faculty members were able to impress upon the very pretty lady president of the college to release funds to get myself and another young reporter, to the US. Seeing how Americans organise their elections, they thought, will aid our understanding of the concept of democracy and positively impact on our coverage of the coming elections in The Gambia, particularly on setting the agenda for public debate. But neither they, nor us, knew that we were to be witnesses to a totally different spectre – arguably the greatest political theatrics in modern American history, that is, until this phenom called Donald Trump came along.

That crisp and cool midweek morning on 1st November 2000 when I met Ambassador Haley in his Kairaba Avenue office, he and consular officer Reith Taylor gave me a crash course in American geography and politics and then we talked… I have always liked Ambassador Haley even though I did not develop any great friendship with him unlike some of his predecessors. He was the younger brother to Alex Haley, author of the seminal work Roots. I like George for his sunny optimism, about himself and others; his humour and rapier-like wit (like many other Kintehs as he himself would say); the way he moves his whole body when he talks, particularly the way he swings his head and big hands like an actor of the old school. And like the resident village philosopher of Albadarr, he always had a story to tell.

He told me about how President Yahya Jammeh would always tease him by greeting him with Kasumai and speaking to him in Mandinka or Wolof each time they met and how he would always remind the maverick president with a wag of his index finger that he was old enough to be his grandfather!  He told me about American pudding and pie and how his “son”, my protégé, Bankole Thompson, whom he helped place in a college in Michigan, was suffering from the chill of the then deepening autumn and looming winter.

But I was more interested in his prognosis of the November 7 election between Vice President Al Gore and George W Bush and the senatorial and gubernatorial races, even though I knew of his, and Reith’s strong Republican biases. After his dawdles about the virtues of his beloved Grand Old Party (GOP), the ambassador predicted that former first lady, Hillary Clinton, who was vying for a seat as junior senator for the state of New York would have a hard run for her money because she was a carpetbagger and New Yorkers were fiercely ethnic. He was wrong. She won by a comfortable twelve points. He said Bush would win. He did, even though he might have been fifty-fiftied into the White House weeks after counts, recounts and recounts of recounts. The Republican appointed judges in Scotus, the Supreme Court of the United States, stopped further recounts and allowed yet another Southern governor and his Texan rangers move into the big white house on Pennsylvania Avenue. I returned home. Much wisened.

Exactly twenty years later now, Donald Trump, the Republican candidate has lost in the presidential election to Joe Biden, the Democrat, yet he is refusing to step down claiming voter fraud.

As you now know, I have an idea or two about elections and messy aftermaths. And, about presidents who lost elections and refused to step down. Just in case you have forgotten, I was a man away from His Excellency, Sheikh, Professor Alhaji, Dr, Yahya AJJ Jammeh, Babili Mansa Baa, when he called President-Elect Adama Barrow to concede with the immortalised words “Gambia has decided”.

To be continued Monday.

Baba Sheriff Bojang was a Minister of Information and Communications Infrastructure. He is the managing director and proprietor of The Standard newspaper.