‘I lost appetite to serve after soldiers killed my brother’ 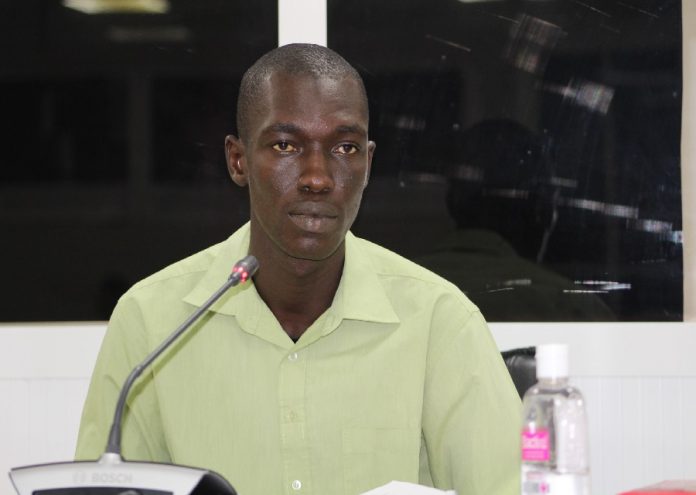 Baba Kanyi, a navy officer has accused soldiers of the former president Yahya Jammeh’s motorcade of violently torturing his 30-year-old brother Omar Kanyi to death in 2013.
Kanyi, who testified at the TRRC yesterday said the death of his brother has saddened him to the extent that he lost his appetite to serve in the army.

He said his brother was killed in mysterious circumstances after he was beaten by the State Guards who accused him of obstructing their convoy along the Lamin highway.
He said Omar was riding a bike on the road side when soldiers, among them captain Armando Jatta, jumped off their vehicle and started beating him while he was talking to a police man who stopped him while the convoy proceeded.

“He was severely beaten and tortured by the soldiers before they dragged him to the Abuko police station where he died out in the cold,” Kanyi explained.
The navy officer said he later visited the corpse at the Banjul mortuary and noticed that he had sand all over his body with his neck broken.
“Such wounds can only be caused by gun butts.”

Kanyi said days after the killing, a Gambian online news portal carried a story suggesting that he (Baba) was not happy with how his brother’s case was handled.
He said as a result, the family was dragged to the Bundung station for questioning by the police.

“They asked my mother to explain what led to Omar’s death but she replied that they (police) are better positioned to understand the circumstance behind her son’s death. They did not say anything and asked us to go back home,” Kanyi added.
Kanyi stated that the incident has since hampered his service morale and vows to ensure that the perpetrators are brought to book.