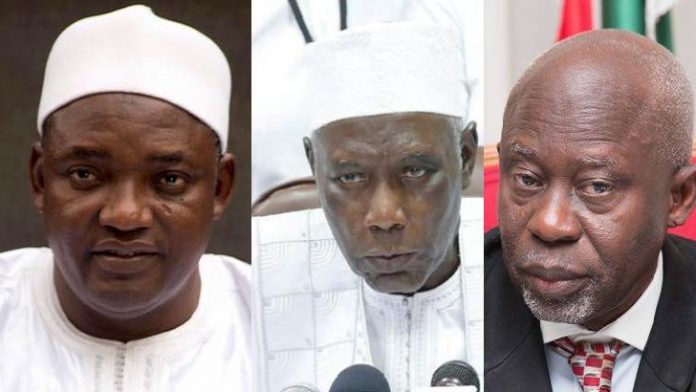 The Chairman of the Independent Electoral Commission, Alieu Momarr Njai has said he has no knowledge of the reported registration of a new political party called NDP by President Adama Barrow.

Last week, the UDP leader Ousainu Darboe told Paradise TV that President Adama Barrow’s party is one of the two new political parties that have been registered by the IEC and it will be called the NDP.

“I have clear proof about what I am telling you.

I will not tell you something that I am not sure of.

I have the manifesto of their new party. The party’s name is NDP.

They haven’t said anything that the other existing political parties haven’t said in their manifestos,” Darboe said on Paradise TV.

However, when contacted on whether the IEC has registered any political party called NDP, Chairman Njai replied: “Nothing like that has come to my desk so far.

Mr Njai gave no further details when asked whether he was about to announce the new parties as claimed by Mr Darboe.

Meanwhile, speaking further in that marathon Paradise TV interview, Lawyer Darboe said he still stands by his word that President Barrow should serve five years, but that is his personal position which has nothing to do with the UDP as a party.

“If Barrow had remained faithful to the UDP he might be allowed to continue as its candidate, because we have always said that we want to return the leadership of the party to the young people.

But as it is now we are no more in good terms with Barrow because he wanted me to take the UDP and give it to him but I do not own the UDP and nobody should expect that I will give you the UDP because it doesn’t belong to me.

Barrow should have just continued his work until the right time for him to come back and tell me this is what I want and I want you to help me,” Lawyer Darboe added.

Asked about Rohey Malick Lowe, Talib Bensouda and Almamy Taal as potential UDP presidential candidates for 2021, Darboe said: “People are just saying what they feel like.

But in that kind of thinking they even left out others like Landing Sanneh chairman Mansakonko, Ya Kumba Jaiteh, Kemo Bojang and Alhagie S Darboe.”