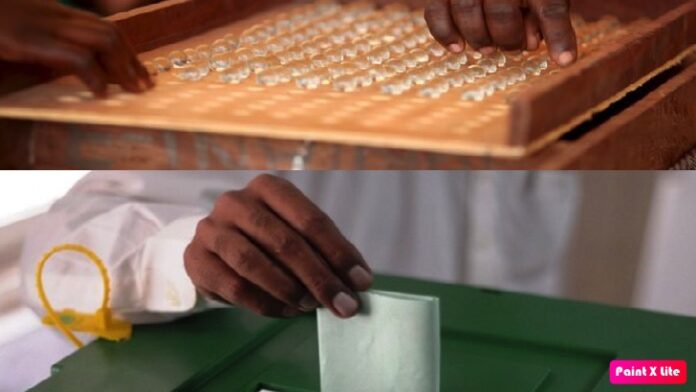 The Independent Electoral Commission (IEC) has just released its timetable for its next election cycle, and one surprising inclusion is a referendum for a new Constitution despite the fact that the Draft Constitution 2020 had been thrown out by the National Assembly and there is no guarantee of another draft being available before the next presidential election.

There is no doubt that a majority of Gambians are hoping and praying for a new Constitution before the next presidential elections, but obviously, there is no guarantee that it could happen. While we are aware that the Attorney General and Minister of Justice had been asked by Cabinet to try and revive the rejected Draft Constitution, but there is no guarantee that the same Draft could this time round pass in the same National Assembly. There are of course two possibilities of re-introducing the Draft to the National Assembly; either addressing the concerns of those that voted against it, which included President Adama Barrow’s term limit, which of course has the risk of it being voted out by those who voted in its favour; or re-introducing the same Draft without any amendments; thus risking those who voted against it, doing so again. Whatever the case however, it appears that the AG Chambers, and by extension, the government, are in a Catch 22 situation and it would be quite interesting to see how they are going to address this situation.

However, while the debate about the Draft Constitution is continuing, but its outcome may not have much direct impact on the IEC, but one aspect that has quite a lot to do with it is no doubt the intentions for the Gambia to migrate from the use of marbles in our voting process, which is unique to the Gambia, to the use of paper ballots, like the rest of the world. A loud debate had been raging on since the IEC mooted the idea; with some people welcoming it while others opposing it as being unnecessary. “If it is not broken, why try to fix it?” asked a proponent of maintaining the marble voting system. He said the marble system is more favourable to the country where a majority of the voters cannot read and write and therefore, it would not be easy for them to use the paper ballot. Therefore, those in favour of maintaining the marbles insisted that the IEC should maintain this unique system despite the Gambia being the only country in the whole world still using marbles in our elections.

However, regardless of whatever arguments the different sides would put forward, there is no question that the logistics of operating the paper ballot system would be much simpler than the marbles. Of course, with a few political parties as we used to have in this country, it would not have been difficult to continue using the marbles with little problems, but now that we have at least 16 political parties and still counting, one can imagine the logistical nightmare of not only providing drums for all the candidates in all the thousands of polling stations, but even transporting those drums all over the country, and even finding enough space to place them in the polling booths would be difficult. If we were to just take one small constituency with ten polling stations and 16 candidates, as an example, we are talking about 160 ballot drums, and if you multiply that with the number of constituencies, some of which are much larger, we are certainly talking about thousands of ballot drums. You can also imagine how confusing it would be for an unsophisticated voter getting into a small room with all those ballot drums lined up and he/she is required to go around looking for his/her preferred candidate before casting his/her marble.

However, in the case of the paper ballots, all the 16 candidates would need only one ballot box in each polling booth and it would be in the open where every voter would drop their ballots.

Another argument put forward by supporters of the continuation of the use of the marbles is the possible difficulty of uneducated voters identifying their candidates on the ballot paper. However, each candidate would not only be required to provide his/her photo, but also his/her party’s symbol and colour and therefore, the voter is not likely to be confronted with such a problem as he/she would have had enough indicators to help identify his/her candidate.

Therefore, now that the IEC has expressed the intention of extending the vote to Gambians in the diaspora, one can imagine how ridiculous it would look like for our election officials to travel all over the world with iron drums and bags full of marbles in order for our compatriots in the diaspora to cast their ballots? That is certainly not practical.

Another significant difference between the two systems is that while in the case of the paper ballots, there is the opportunity to keep the ballots for a very long time for reference purposes, but in the case of the marbles, the IEC can only keep them as long as the next elections as they are the same marbles used for all elections.

Therefore, from the above, it is quite obvious that there are more advantages in using the paper ballots than the marbles. All that would be required is for the IEC to embark on an extensive sensitization campaign well before the next cycle of elections. However, in such a system, the onus of sensitization is more on the political parties and their candidates than anyone else. This is because it is in their paramount interest to ensure that the voters easily identify their candidates when they get hold of the ballot paper.

While the debate about the pros and cons of the continuous use of the marbles versus the migration to paper ballot should continue, but there appears to be enough convincing reason for the Gambia to migrate to paper ballot in the next cycle of elections. There is absolutely no justifiable reason why the Gambia should continue to cling on to the archaic system of the use of marbles in our elections when the rest of the world has moved on to something much more modern and practical. The Gambia cannot afford to be among the smallest countries in the world and at the same time continue to defy doing what the rest of the world is doing, just because we want to remain unique. We need to move on.