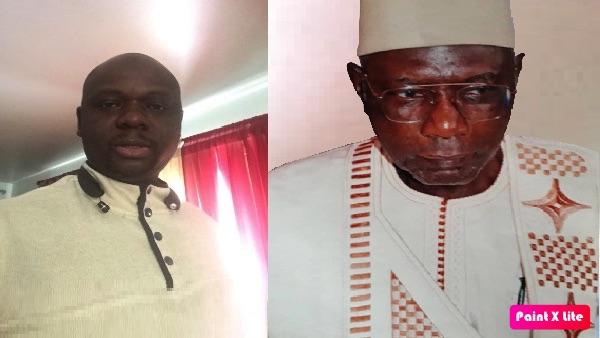 A US-based Gambian has urged the Independent Electoral Commission to immediately investigate reports of the alleged issuance of a voter’s Card to a Senegalese national.

Lamin Komma, also senior member of The Gambia civil society coalition, made the call after a photo of a Senegalese national reportedly caught with a Gambian voter’s card emerged on social media. The photo attracted huge outcry from Gambians online who said the matter should be investigated by police. It is not clear when the supposed voter’s card was issued.

“I cannot understand how on earth the guy was issued the voter’s card well before the date given by the IEC. This is the same tactic Yahya Jammeh was using to win elections. It must be discouraged by all Gambians. We should be vigilant. We must not underestimate Barrow and his inner circle who are ready to do everything to cling onto power,” Komma told The Standard.

The highly respected US-based Gambian also said the IEC and all well-meaning Gambians should be vigilant to “avoid the registration of foreigners”.

Komma said President Adama Barrow must publicly condemn the act and demand an investigation to be conducted immediately.

Almost four years ago, Jammeh’s 22-year rule came to a shocking end when Gambians voted him out.

But according to Komma, the change would not have been realised had the voters’ cards of alleged registered non-Gambians at the APRC bureau were not burnt.

“I also want to personally urge non-Gambians to please stay away from our elections. Let them allow Gambians to decide who they want to rule them. It is not fair for foreigners to decide for us and when things are rough, they run to their countries,” he said.

Komma also urged the country’s security forces to learn from the TRRC and avoid being used by politicians to commit crimes against Gambians.

“Governments come and go but The Gambia stays. The TRRC should serve as a lesson to every Gambian more so the country’s security forces that impunity will not strive. Let us all open our eyes and avoid the repetition of another TRRC after Adama Barrow,” he pleaded.

He also urged alkalolu, governors and chiefs to desist from helping immigrants to obtain “our national documents illegally”.

Commenting on the recent allegation of corruption at Ministry of Fisheries, Komma said the Minister James Gomez should have also been sent on administration leave.

“The best thing would have been for him to resign but if his honesty doesn’t allow him to do so – he should be equally sent on leave,” he said.

Komma said when it comes to corruption, the Barrow administration’s inefficiency and bad judgement is basically the same with that of Jammeh’s.

Also commenting on the issue of the voter’s cards, the Gambia Moral Congress leader Mai Ahmad Fatty said: “The circumstances should be investigated. The investigation should start at the IEC. There should be supporting documents to warrant the issuance of a voter’s card. We will get to the bottom of this. How many more of such are out there? Very troubling! Could foreigners decide the next election for The Gambia? We must rise up now or we may end up as second-class citizens in our own country.”

When contacted for comments, the IEC Chairman Alieu Momarr Njai said: “No other institution is authorised to issue voters’ cards apart from the IEC and if any Gambian has proofs that a certain institution or body is issuing voters’ cards to foreigners, he or she should report the matter to the IEC. Any institution which engages in printing or issuing a voter’s card is doing so illegally and such cards are not real. Members of the public who come across such should report it to the IEC as the authority responsible for such matters. But it is important to note that the IEC system is very transparent – we involve all stakeholders and agents of political parties to come and witness and they have the right to object. In fact, after all processes we paste the faces of persons we registered in every given polling station and we appoint a magistrate to preside over any complaint or objection. There is no way we can register anybody who is not 18 or Gambian because once you produce an ID Card, Passport, Birth Certificate or Alkalo or Chief’s attestation, you are entitled to a voter’s card.”

He said after the registration exercise, political parties are given a list of registered voters in each polling station for