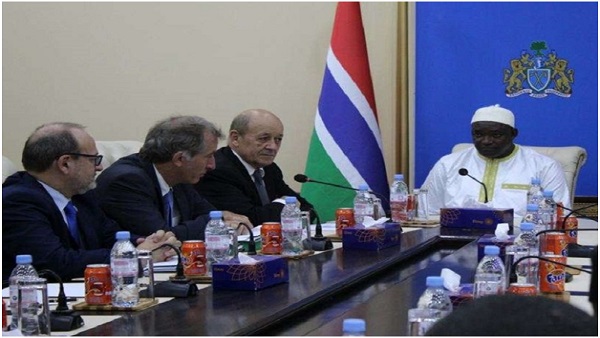 The Management of the International Monetary Fund (IMF) approved a Staff-Monitored Programme (SMP) with The Gambia covering the period from January to December 2019.
An SMP is an informal and flexible instrument for dialogue between the Fund staff and a member country on its economic policies. SMPs are not accompanied by financial assistance nor endorsed by the IMF Executive Board.

In the two years that have elapsed since the peaceful political transition, The Gambia’s economy rebounded, with growth exceeding 6½ percent in 2018, giving rise to good prospects for sustained growth over the medium term. Inflation eased to 6½ percent at end-2018 and gross official reserves more than doubled, reaching 2.7 months of prospective imports. However, debt sustainability continues to pose a major challenge, given the high public debt and debt service, with the latter absorbing more than half of domestic revenue.

The 2019 SMP builds on the previous SMP that covered April 2017 to September 2018. The earlier SMP helped improve public financial management, increase domestic revenue, and strengthen the monetary policy framework. The main objectives of the 2019 SMP are to consolidate these gains and help anchor debt sustainability.
The program will focus on enhancing further domestic revenue mobilisation and public financial management, including via improvements in SOE governance, while stepping up the pace of structural reforms to stimulate private investment with a view to sustaining growth and making it more inclusive.

Under the SMP, the authorities commit to tightening external debt contracting and to pursuing mainly grant financing. To support this, they are developing a Medium-Term Debt Strategy (MTDS) and strengthening debt management, including by enhanced monitoring of fiscal risks stemming from SOEs. Monetary policy will remain focused on controlling inflation and ensuring financial stability.

The Gambia is assessed to be in external debt distress and restoring debt sustainability remains a primary concern. The authorities are continuing discussions with their external creditors to seek debt relief, also needed to catalyse additional donor support.
Satisfactory performance under the SMP is expected to pave the way to a possible Extended Credit Facility (ECF) arrangement with the IMF, once debt sustainability is restored.