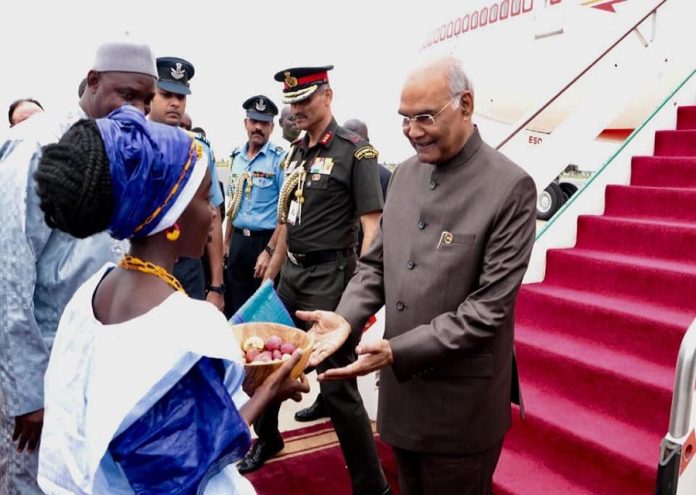 The Indian President Shri Ram Nath Kovind, a special guest of the State has arrived in The Gambia yesterday afternoon.

He was received at the foot of the aircraft by President Adama Barrow.

He is scheduled to hold a meeting with President Barrow today at the State House, which will be followed by a signing ceremony, among other engagements.

He is the highest Indian official to visit The Gambia since independence.

He was last night treated to a state dinner in celebration of the strong ties between the Gambia and India.