Is Gambia a third world country? 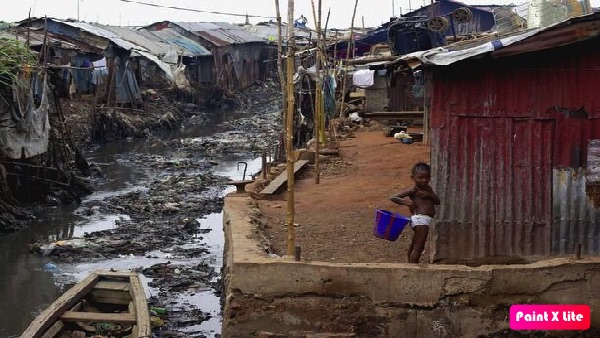 I’m sure no one wishes to consider the country we love as such, but look at the facts. What characterizes a third world country?

There is a set of common characteristics of underdeveloped economies such as low per capita income, low levels of living, high rate of population growth, illiteracy, technical backwardness, capital deficiency, dependence on backward agriculture, high level of unemployment, unfavourable institutions and so on. This is ticking every box, don’t you think? Even if we try, it is impossible to disagree or begin to discuss any of the subjects on this list. It’s sad that still, 2020, our country hasn’t come farther than this. Who is to blame? The easy answer is: no 1 – the colonizers and no 2 – Yahya Jammeh.

Considering point no 1 it is history now, there was nothing any Gambian could do to resist them, it wasn’t your choice to have them here and it wasn’t YOUR people who mistreated you in the worst way possible.

Considering point no 2 the matter is different. A man of the people, a strange man who had this urge to show off all the time. A man who didn’t take orders well, who went left when everyone else was told to go right. A man who enjoyed playing people against each other, who enjoyed humiliating others, who thrived by other’s pain. A beast with a great imagination for new ways of torturing people. A monster who didn’t care if someone was guilty of a crime or not, his word was the law.

A person doesn’t suddenly wake up one day and transforms into a monster. It is a long and slow process which can be dealt with on an early stage if that person is surrounded by love and professional care. It begins in early childhood and evolves if no one is able to keep it under control. Around the age of two years old you can notice if a child has evolved empathy. For example; if someone trips and hurts themself the child will try to comfort that person. Empathy is an ability to understand how the other party is feeling, it could be explained like emotional imagination. If a child is going through a trauma, or is living in a context where it is never met with love and compassion it can evolve a lack of empathy. This is a trait that needs training, so if a child is never met with empathy itself it is hard to train something it doesn’t know anything about. There are always exceptions in all cases, and not all kids grow up to become monsters, but a hard world raises hard people.

Emotional imagination, empathy, is not only about being able to understand that if you hit someone in the head with a rock – it hurts. For someone with a disturbed mind, someone who lacks empathy, it doesn’t matter if it hurts on the other. That person instead enjoys the pain, the eyes filled with fear and the blood pouring from the wound. It is great entertainment to see someone fall to the ground when you have ordered him/her to let go of the walking sticks. Nothing makes the monster laugh more than the thought of a person suffocating to death with a plastic bag tied around the neck. A lot of time must have been spent to find out new and innovative ways of making life miserable for people.

This is a man of the people I am speaking about, a fellow Gambian who turned out to be a monster and no one stopped him until it was too late! Yahya Jammeh didn’t care about you at all, all he cared about was following his impulses and getting wealthy at your expense. He didn’t hesitate for a second to accuse old mothers of being witches and kill them. He didn’t hesitate for a second to order his soldiers to electrocute the genitals of male prisoners. He enjoyed committing adultery whenever he had the possibility, just to expose his power. He called himself a doctor and forced people to stop taking their medicine against HIV, instead he gave them his bogus concoction and made them believe that they should be cured. This man, this monster who believed that he was above God, that he should rule The Gambia for a thousand years, is a maniac and still people are singing his praise!

Sorry, but I have to ask: what is wrong with you? What is it that you don’t understand? How come that you still defend this crazy person and refuse to accept that he is guilty of all the atrocities so many still live to tell you about? How many more disturbed people are out there in The Gambia? How many more potential dictators are roaming around in the bushes, waiting for the right moment to attack? This is truly scary! The Gambia is scattered into pieces and still a lot of people decide to ignore this instead of picking them up and try to fix what has been broken. Do you like to live on a dump? Sorry if you find my question rude, but look around you and see. You are surrounded by broken tiles, old tires thrown everywhere – even on the roofs of some houses. Trash is thrown everywhere because not enough people are responsible for cleaning the streets and you have no dumpsters where you can throw your trash.

Most roads are in a terrible condition and it takes forever to go from point A to point B, especially in the mornings and the afternoons. It is impossible to get somewhere in time and that makes it impossible to create an efficient society. The bad roads in combination with an insufficient power and water supply and you are nowhere near to develop The Gambia. All these power breaks are damaging computers, engines, water pumps, all kind of machinery necessary for the industry. It also disturbs the engines in fridges, freezers and your TV sets which will break them too early.

NAWEC! Helloooo, what is your problem? Get your thumbs out of your a**es and fix the problem NOW! Are there rats destroying the machinery, or are these rats in your minds? Something is obviously the problem and it has been going on for too long now.

Yahya Jammeh is not the only one who lacks empathy. Look at the current president and ask yourself if you believe that he cares about you. Whenever you have been hungry for too long and your kids go to bed crying of hunger – do you think Adama Barrow has skipped a meal during these last four years? It doesn’t look that way! Barrow has all he needs plus a bank account that could make him jump out of joy – if he was able to do that kind of exercise. Don’t let anyone fool you that things will get better if you vote for NPP in the next election. Barrow is buying his votes through favours, positions, motorbikes for the Barrow youth and so on. He is unable to do anything for you, he has had plenty of chances during these four years, but he has showed that he doesn’t care about you. As long as he is well fed and housed, he doesn’t care that The Gambia must be counted as a Third World Country. A sad fact, but nevertheless true.

With Alagie Manneh You are a grandnephew of former president Jawara, where is the origin of your granduncle?  My father's father is from Mauritania. Ironically, the...
Read more
Bantaba

By Aisha Jallow Neonaticide - I didn't even know that was a term until I read an article about it in this newspaper. Neonaticide and...
Read more
Bantaba

With Alagie Manneh Alagie Manneh: Your father was mayor of Banjul, and now you are mayor, where did you cut your political teeth? Mayor Lowe: I...
Read more
- Advertisment -