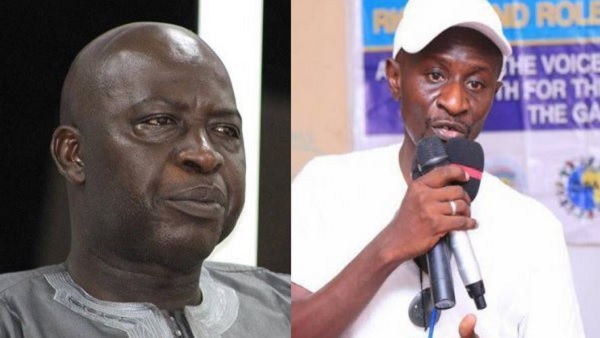 The chairman of the Gambia Centre for Victims of Human Rights Violation, Sheriff Kijera has called for the immediate dismissal of General Alhagie Martin and all those who admitted to have perpetrated heinous crimes.

Mr Kijera also accused the TRRC of disrespecting the dignity of the exhumed bodies.
Martin, who is accused of committing heinous human rights violations has admitted to torturing Sanna Sabally, Lt Colonel Babucarr Sanyang and supervising the torture of Sadibou Haidara who later died in jail.

“As victims we feel depressed seeing people like Alhagie Martin who admitted perpetrating heinous crimes still serving in the system.

I think it is very wrong for these people to still continue wearing our uniform and serving the same institutions that they have used to perpetrate such crimes on Gambians,” he said in a Standard exclusive yesterday.

Kijera added: “It is morally wrong for people like General Martin to continue serving under the payroll of Gambian tax payers’ money and we want to call on the TRRC to make a recommendation to the Ministry of Justice for Martin and all those who admitted committing crimes to be dismissed.”

TRRC under attack
In a related development, the victims’ center also did not spare the truth commission itself, accusing the TRRC of violating one of the principles of the MoU they signed with the victims which is to respect and protect the dignity of the exhumed bodies.

It is disrespectful to the individuals whose bodies were exhumed and unethical on the side of the TRRC,” Kijera observed.

He continued: “We are also disappointed by the fact that they have exhumed those bodies without inviting the victims’ centre.

This we believe is wrong and it is against the agreement we have with the TRRC and we hope the entire secretariat will take note of that.

We are going to engage them hopefully very soon to try to raise some of these issues.”

Kijera said apart from those concerns, the victims’ centre is relatively happy with the TRRC process.

“The process has been going very smoothly with victims being given the necessary support to facilitate their coming to the TRRC to give their testimonies,” he acknowledged.

“We believe their statements were disrespectful and unmeasured.

We demand that they withdraw their statements and immediately apologise to Gambians.

However personally I think it is very wrong for people to protest against a legitimate mandate of a president.

I think it is important we avoid agitating for trouble in our country.

We should all wait for 2021 and vote for anyone we may wish to vote for.

However, Kijera added that the government should engage would-be protesters and Gambians in general in a civilised manner because it is the government which made the three years promise in the first place.