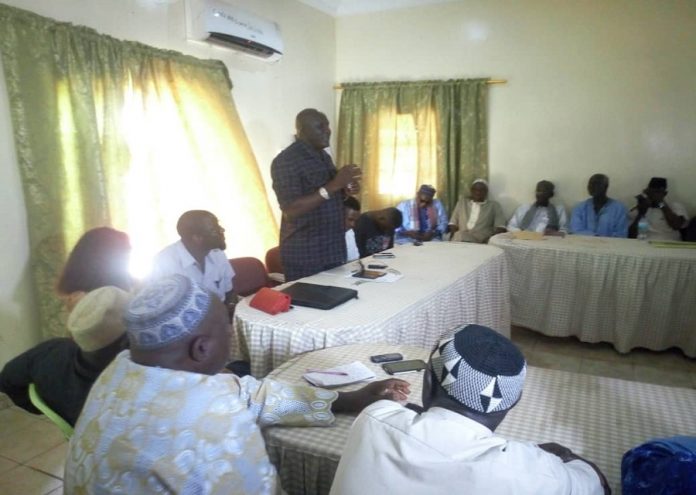 All chiefs and alkalolu of West Coast Region came under one roof Monday at the behest of deputy governor Musa Suso to discuss pertinent administrative matters in the region, among them the ever- increasing explosive land disputes.

Setting the agenda, DG Suso said the meeting was perceived to enhance and ensure effective coordination and uniformity in administration in the region which he said is not only the biggest but also the most strategic region in the country.

Mr Suso told grassroots traditional leaders that the explosion of land disputes triggered mainly by the aggressive land grabbing by real estate agencies means that the alkalolu in particular must be careful in handling land matters.

He also announced that measures are put in place to carry out boundary demarcations in all the districts to help local authorities to know where their jurisdictions start and end.

“We also want to make it clear that alkalolu and chiefs must not involve themselves in partisan politics which could make them look like belonging to party A or B since this can undermine their credibility as judges when they are carrying out their duties.

“Of course as representatives of the government there is nothing wrong in helping to promote and help the implementation of government development policies and projects,” Mr Suso told the traditional leaders.

According to deputy Governor Suso, West Coast has the largest concentration of people in The Gambia which makes the issue of land very explosive.

“Since you the Alkalolu are the first point of call for both estate agencies and their customers, your honesty and diligence can help prevent land disputes.

Do not sign transfer papers unless you can confirm the land concern is legally the seller’s own, or is backed by the consent of all those entitled to it,” he warned.

In response the alkalolu, led by the president of the West Coast alkalo association Ba-Jerreh Demba of Sifo, commended the Deputy governor for his vision to call the meeting.

alkalo Mondo Bojang of Brikama Jalanbang tasked the DG and government to consider the remuneration ofaAlkalolu, to ensure that their commissions are paid wholly and on time.

Other speakers including Alkalo Sheikh Faa Ceesay of Mandinary advised his colleagues to work closely with their village council of elders when dealing with land matters to ensure transparence and avoid blames.

He revisited the contentious Babylon village issue maintaining that Babylon never existed as a village.

Many other Alkalolu supported the call to augment the remuneration of Alkalolu who shoulder lots of responsibilities and burdens such as lodging of government officials, project officials and sometimes even total strangers and all these come with costs and monetary implications.

Sefo Lamin Darboe of Kombo South, who among other Sefolu spoke at the meeting called for coordinated and similar consultation on matters and the frequent holding of such important meetings.

The meeting was closed with remarks by Governor Bakary Sanyang who commended his deputy Musa Suso, the chiefs and alkalolu of the west coast for the meeting.

He too reminded the local government leaders that their region is very crucial in the life of the nation and as such they ought to be at the fore front in terms of good administration.