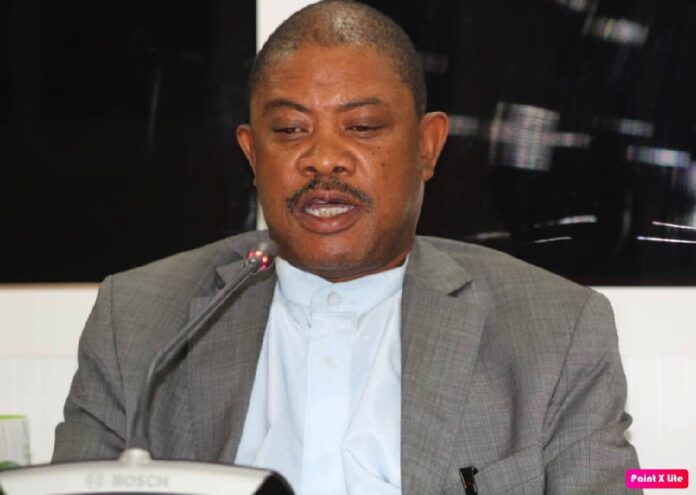 A former director of the notorious NIA and permanent secretary Ministry of defense, Harry Sambou, has told the truth commission that former president Yahya Jammeh was unpredictable, and might have had been suffering from some brain problems.

Sambou appeared before the TRRC yesterday to testify on his time as deputy and director of NIA, pertaining to the investigations after the Farafenni attack, 2006 Ndure Cham foiled coup, some of the things that happened to first republic politician Alhagie MC Cham, Razia Diab and Mariam Jack-Denton, military personnel and the so-called disappearance of Daba Marena and others. He would also testify on the Freedom Newspaper saga that led to the detention of former NAM Duta Kamaso, journalists Lamin Cham and Musa Saidykhan as well as his own relationship with Yahya Jammeh.

In his testimony, Sambou who fled the country at some point to Senegal, said Jammeh was very temperamental. “I will say he is schizophrenic. I don’t want to be psychologist but I think he had pathological problems. He is somebody who would change at any moment. He can be laughing now and, in a few moments, he will be angry. You don’t just know what to expect from him. If he is in a good mood, you can meet him and leave with your pocket full,” Harry Sambou said.

He said working with Yahya Jammeh was one of the most difficult and challenging things in his life experience.

“Jammeh read through every single line you wrote in a file …not missing even the commas and full-stops. I believe he thought he knew the English Language better than anybody else. Even with the help of my desktop spell-check and two giant dictionaries, those did not satisfy him and he also doesn’t appreciate people taking initiatives on issues regarding him; he took offence easily on small things and personalised everything rather than concentrating on the details on the file and he replies with personal insults and very derogatory language. It will take a very patient, tolerant and mature sombre person to ignore his attitude to pass those files and to ensure the job is done,” he said.

Asked whether he couldn’t have done anything about Jammeh’s attitude at the time, Sambou said: “You don’t dare challenge him … Jammeh was the leader who had a button next to him which he can press at any time and the soldiers will come handcuff you and drive you to his Five-Star Hotel (Mile 2).”

Sambou confirmed to the TRRC that Jammeh had, as early as mid 1990s, started using the NIA to torture opponents.

“Jammeh was so self-centred to a level whereby the security of the country was just like his life and the life of his family,” he added.

Sambou was adversely mentioned to be allegedly complicit in these violations and allegedly encouraged the torturers to torture the prisoners even more severely but when these allegations were put to him by lead counsel Essa Faal, the witness said: “I never tortured anybody. The Harry Sambou I know will not do that.”

But when lead counsel Faal insisted that that was not enough for an answer to the question, Sambou maintained that he is innocent, saying he has never personally tortured anybody.

Lead counsel Faal then was quick to tell the witness that none of the prior TRRC witnesses had ever accused him (Sambou) of torture.

“What we have are allegations of you being complicit by encouraging the torturers to torture the victims more,” Faal said.

At this juncture, Sambou accepted responsibility.

The witness was however quick to say that he could remember reporting the torture to his boss, the late Samba Bah on a number of occasions but he had never tried to stop it.