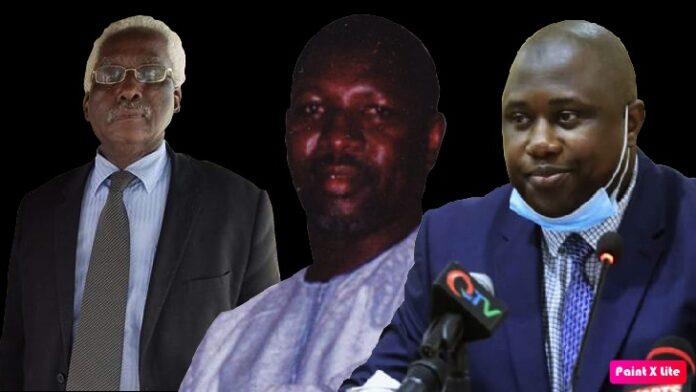 Lawyer Antouman Gaye, acting on behalf of Tida Baba Jobe and the Job family, has written a strongly-worded letter to the Attorney General and Minister of Justice, Dawda Jallow, drawing his attention to what he called the illegal sale of a property of the late Baba Jobe, despite an appeal against the adverse findings of the Janneh Commission on the matter, including an appeal for stay of execution.

Lawyer Gaye’s letter followed the eviction of the inhabitants of the said compound located at Senegambia- New Road junction by some officials accompanied by police officers, who said the property now belongs to one Hadim Gai.

In the letter, seen by The Standard, Lawyer Gaye furnished the AG with copies of correspondences between his law firm and the director of litigation over the matter. He also reminded the AG of the judgment of the Gambia Court of Appeal in the MA Kharafi and Sons case.  “The main issue calling for the determination of the Supreme Court in that case is the decision of the Gambia Court of Appeal to the effect that in the absence of a law sanctioning or authorizing the state to sell the properties of persons who have had adverse findings made against them by a commission of inquiry, no sale could properly and legally be made by the state,” Lawyer Gaye told the AG.

“It is shocking that while all these were going on, the officers of the law are deliberately busy taking the law into their own hands by going to one of our client’s properties at Senegambia Junction and forcibly evicting residents therefrom, with the active support of the officers of the PIU of the Gambia Police Force. We have no doubt that the actions being taken are unlawful and likely to seriously and negatively impact on the credibility of our judicial system,” Lawyer Gaye complained. While recognising that the sale of the said property, despite numerous pending appeals, happened before the current AG takes office, Lawyer Gaye argued that it is important to state that the AG is not only a party to all the appeals but also that those orchestrating this totally unacceptable action are doing so from within the confines of the AG’s Chambers. “As at the time of the sale of the property forming part of the estate of Baba Jobe, an appeal was already pending in the Gambia Court of Appeal. It is no defense therefore to say that our client’s application for a stay of execution was dismissed by the Court of Appeal,” Lawyer Gaye queried. Lawyer Gaye said more important than the dismissal of the said application is the court’s decision that neither adverse findings and recommendations nor a Government White Paper is sufficient to enable the state to sell properties of people who have had adverse findings against them by a commission of inquiry.

“We urge you to give this matter your urgent attention by making sure the status quo ante bellum is retorted because to do so would restore our client’s confidence in our system of justice and fair dealing and avoid the temptation of our client resorting to self-help,” Lawyer Gaye told the AG.

There has not been any immediate response from the AG but in one of his correspondences to Lawyer Gaye over the matter, the director of litigation was quoted as telling Mr Gaye that the properties concerned form part of a list of assets disposed on the 3rd December by public a auction and in line with the Government White Paper. He also said at the time of the sale, there was no injunction in place precluding the state from deposing  these assets.

The director of litigation was also quoted as saying that the disposal of the assets was done lawfully. “Eviction notices were previously issued against current occupants of these properties and the current eviction process falls well within the receiver’s obligations so as to vest possession with the owners,” the director of litigation told Lawyer Gaye.

However, Lawyer Gaye stressed that “only a court order of competent jurisdiction acting within its statutory powers has the jurisdiction to make eviction orders and carry them out.”