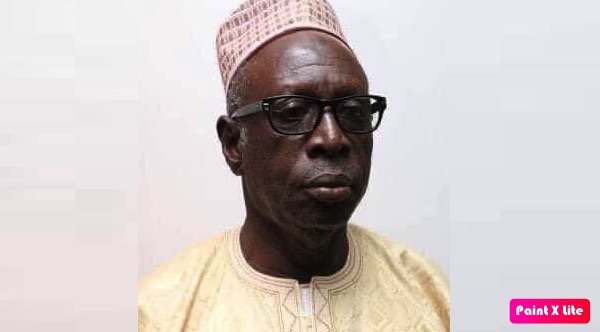 The family of the late former Lands Minister, Lamin Dibba, has issued a statement over their rejection of the D50,000 given to them by President Adama Barrow.

The family reportedly wrote a letter to Barrow’s adviser on religious matters Dembo Bojang asking him to facilitate the money’s return to the president.

At a meeting in Soma during the President’s Meet the People Tour, Tourism Minister Hamat Bah criticised the Dibba family for rejecting the money, arguing that it was not a good sign of a Muslim.

But in a statement obtained by The Standard, the family explained: “After a careful review and consideration of the receipt of the D50,000 charitable donation from the Barrow government representatives during the funeral and burial of the late Lamin N Dibba, on behalf of the immediate family, I wish to make it known that we have respectfully declined the D50,000 and returned the money to The Gambia Government authorities on Tuesday, December 22nd, 2020.

“The Dibba family would like to humbly reiterate the fact that their father, grandfather, brother and uncle was a simple and contented man, who evidently devoted his entire life to national development through community development as field officer, parliamentarian and a former member of The Gambia Government as a cabinet minister at the Ministry of Regional Government and Lands and subsequently the Ministry of Agriculture and Natural Resources.

“Below are some of the reasons why the family deemed it prudent to respectfully decline the D50,000 charitable donation. Since his death on Sunday, November 14th until his burial day on Sunday, November 22nd, 2020, the Office of the President did not send any formal delegation to the immediate family of the late Lamin Dibba to extend His Excellency, President Adama Barrow’s condolence message. Instead, they chose to send an official delegation on the very day of our father’s burial, to present an envelope containing money at the mosque. This was very disappointing, disheartening, and disrespectful.

“Earlier this year, upon his return from Malaysia where he went to seek medical treatment, our father requested assistance for clearance from The Gambia Government to go to Senegal to begin treatment. This was necessary at the time because the border was closed due to the Covid-19 pandemic. For months, The Gambia Government was engaged officially up to the level of the Foreign Ministry, but unfortunately no timely assistance was given. The Gambia Government simply failed to facilitate a mere clearance to get him to Senegal in a timely manner, a situation we found unacceptable considering his deteriorating health condition at the time. How can MoFA delay an emergency medical clearance for a former cabinet member who had top clearance serving the government to neighbouring Senegal?

“The family was promised an ambulance to transport the remains of our father to his home village of Salikenni by the Gambia Government officials from the Banjul International Airport. The ambulance never showed at the airport on November 22nd, 2020. Further arrangements were made to have an ambulance at the Banjul ferry terminal, but the family decided to proceed without the ambulance. As such, it was his sons who drove their father’s coffin in his pickup truck from the airport to Salikenni with the support of his UDP family,” the statement read.