Lawyer gives Sabally 7 days to withdraw ‘falsehood’ or be sued 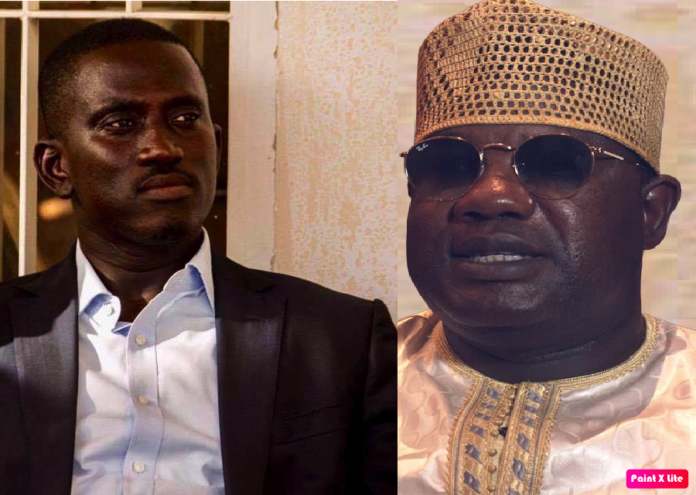 The barrister representing GACH boss Abubacar Jawara has written a warning letter to former secretary  general and presidential affairs minister, Momodou Sabally asking him to withdraw allegations he made against his client or be sued.

In a letter shared with The Standard, the lawyer, Christopher Mene, wrote: “Momodou Sabally has at various periods during the month of January 2020, by means of a number of social media and media platforms made unfounded statements damaging to my client’s reputation.”

The lawyer said Sabally had on the 11th of January 2021, made a widely shared post on his Facebook page in which he posted a picture of Mr Jawara and sought to draw a link between him and a drug seizure.

Lawyer Mene said despite the fact that his client has been investigated by both the police and the National Assembly and publicly cleared of all wrong doing over the importation of hunting firearms, Sabally’s post sought to portray that his client got “scot free” as a result of enjoying some irregular presidential patronage.

He said by virtue of Sabally’s standing in society there are strong grounds to believe that he knew or ought to have known that the contents of his post were unfounded and will damage his client’s reputation.

“Even more disturbing was an interview you granted to Pa Nderry M’Bai of Freedom Radio on or around 20th January 2021 with a partial transcript and audio recording of the said interview posted to www.Freedomnewspaper.com on the 20th of January 2021. In this interview you stated that my client was a close associate of one Banta Keita, a person of interest in the drug seizure of 8th January 2021. You made these statements without any proof and based your information on pure conjecture, knowing or having cause to know that the information you were spreading was not true,” the lawyer added.

He said around 15 minute into the Freedom interview, the interviewer had asked Sabally how sure he was that Jawara had any ties with the said Banta Keita, “in response to which you [Sabally] very strongly reiterated your unfounded claims.”

“You further made a number of WhatsApp voice notes repeating the same unfounded claims against my client. My client does not know the said Banta Keita and has no point been associated with him. Furthermore, my client has no connection to the drugs alleged to have been imported into the country and discovered on the 8th of January 2021. The said words which you knew or ought to know were false or which you uttered recklessly not caring whether they were false or not was also calculated to injure my client’s business. The said words are clearly defamatory of my client because it disparages the reputation of my client or trends to lower him in the estimation of right thinking members of the society generally or exposes him to hatred, ridicule, scandal, odium, contempt and similar feelings,” he added.

The lawyer added: “By this letter, my client demands that you cease and desist from continuing to propagate the aforementioned unfounded stories about my client and utilising photos of my client in the propagation of such falsehoods. You are further given seven days to publish a detailed withdrawal of your post and tender an unreserved apology to my client for the false statements.”

Meanwhile, Momodou Sabally has since said on his Facebook that he will not apologize, saying no one can cage him.