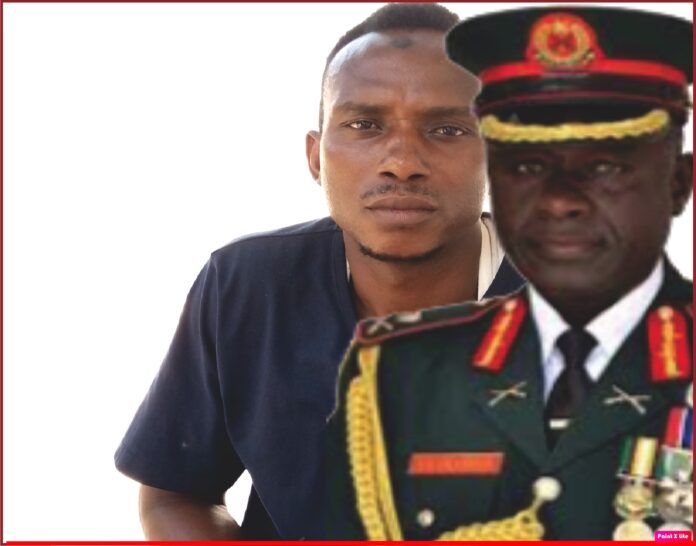 The lawyer representing the embattled army corporal Omar Sarjo has written to the Gambia Armed Forces demanding his immediate reinstatement.

A GAF statement issued on 2 November 2020 claimed that Corporal Sarjo was dismissed in 2017 for enlisting into the army under false pretense and not based on a widely-held belief that he is son of MFDC leader Salif Sadio.

But Corporal Sarjo’s lawyer, Bubacarr A.M.O Badjie has written to the army asking for his client to be reinstated.

“I act for Omar Sarjo and have instructions to write this letter to you on the above subject matter in relation to his dismissal from The Gambia Armed Forces vide letter dated on the 18th March, 2018. My client was appointed as officer of the Armed Forces on the 1st of July 2005. My client accepted his appointment and rendered his services to The Gambia and his fellow Gambians with a track record as clean as a whistle. My client is a well-motivated and disciplined officer who has over the years served GAF with utmost pride and dedication with a high sense of obedience and loyalty.

“Notwithstanding, my client after serving The Gambia for a period of about 13 years had his service/employment prematurely terminated without due regard to the provisions of GAF Act. Hence, I am to inform you that his dismissal is illegal and unconstitutional. Same is completely unacceptable as it is contrary to section 33 of the GAF Act Cap 19:01 Vol.IV Revised Laws of The Gambia, 2009,” Lawyer Badjie said in the letter.

The letter, which is also copied to the Office of the President, Public Service Commission, Institute for Human Rights and Development in Africa, PMO, Treasury and the National Human Rights Commission, further stated: “Having regard to your said letter, it is apparent that GAF have no power to dismiss my client as it had been done in the said letter. The letter is therefore seeking to do what it cannot do legally.

“As such, I write this letter to request that you re-visit the decision to dismiss my client from GAF and do the followings: Immediately reinstate my client as a member of armed forces, to pay my client his monthly salaries and his entitlements under his employment with GAF. Should you fail to adhere with all the above, this letter serves as notice of intention to institute legal action to challenge the said dismissal and for enforcement of my client’s fundamental rights as a human being, unless the decision is rescinded within two weeks. It is our mutual interest to allow wisdom to prevail rather than go through the rigors of an avoidable litigation on this matter.”