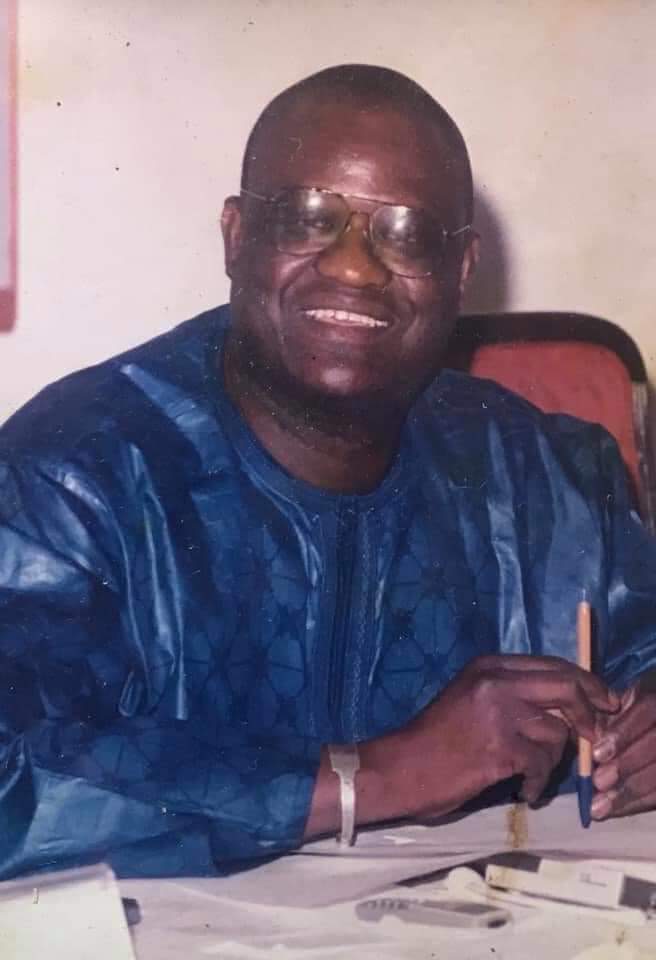 It was a jolting moment of disbelief when I learnt of the demise of Momodou Ceesay, Wednesday, through social media. The Gambia has lost one of our finest economists with a wealth of experience.

I had the good privilege of being mentored by some of the finest professionals our country has produced. Among the foremost of them is the Director of Economic Research Department at the time I joined the nation’s Monetary authority as a rookie Economist/ Statistician in the late 90s. I came in fresh from university with two other brilliant young economists, the late Ismaila Jarju and Samba Sallah. We surely got some plaudits from the then British researcher at the Bank, Catherine, who called us the “bright sparks”. But no amount of academic brilliance can turn one into a savvy research economist in the murky realm of Central Banks without further on-the-job training and mentoring.
At the Central Bank of The Gambia’s (CBG) Research Department, we found a fitting mentor and leader in the person of Momodou Ceesay. Among his lieutenants at the time were Mr. Basiru Njai and Buwa Saidy.

It was a tough work environment with exacting standards in a job that can often become tedious especially with the key task of compilation and analysis of macroeconomic numbers is a system plagued with paucity of reliable data. But we were pushed to our limits and we became the better for it. My late colleague, Ismaila Jarju was to later become Research Director at the same Department and then later holding the same position at the West African Monetary Institute (WAMI) based in Ghana. The current Governor of the Central Bank of The Gambia was also one of Momodou Ceesay’s mentees.

The late Mr. Ceesay was not the most affable of bosses at the time. By nature, his demeanour and gait, could be intimidating. But with a constellation of bright minds and often bloated egos revolving in that academically charged environment, perhaps Ceesay was the perfect hand to manage that ecosystem. When assignments came in late, he would send us stern reactions through his immediate lieutenants. If the environment became a bit toxic with malicious interpersonal undertones, he would call a general meeting of all professional staff in the department to iron out matters and reset the agenda.

It was during one of those meetings that he mentioned a particular book that sent me on a journey of research into a fresh genre of personal development. Mr Ceesay was giving us advice on how to relate with one another and fostering better interpersonal relations when he mentioned “The Little Book of Calm”; I went to the bookstore to purchase it and found it useful. I was to buy other titles under the same series, including “The Little Book of Hope”. These books had a great impact on me as a I grew up a young professional in a challenging environment.

Mr. Ceesay was to later leave the Central Bank’s regular service under difficult circumstances, but he came back later as advisor to the Governor. My relationship with him continued as we attended international summits of the top macroeconomists of the ECOWAS subregion. His contributions during these technical meetings of monetary integration were always enlightening.

I was to leave the Central Bank later to become National budget director at the Ministry of Finance and then later become Cabinet Minister. My background as macroeconomist and the professional training attainted at the Research Department of the Central Bank always proved the most useful in the institutions I subsequently worked at. The technical and professional skills that helped me to navigate those turbulent waters were first nurtured under the leadership of Momodou Ceesay during my formative years at the Central Bank.
Mr Ceesay’s legacy includes the many brilliant economists he helped to mentor and nurture during his days at the Central Bank’s Research Department. Among them is the current Permanent Secretary at the Ministry of Finance who had risen to a top job at the International Monetary Fund (IMF) before coming back home to continue his service to the nation. My former senior colleague at the Central Bank, Bakary Kolley was also one of the fine economists to have merged out of the CBG’s Research Department. He currently works at the Islamic Development Bank.

Momodou Ceesay has certainly returned to the Author of Death and Life. That is the final destination of every sentient being. But he has left behind a legacy of bright spots that will continue to make our world an easier ground to traverse. May his soul rest in peace.