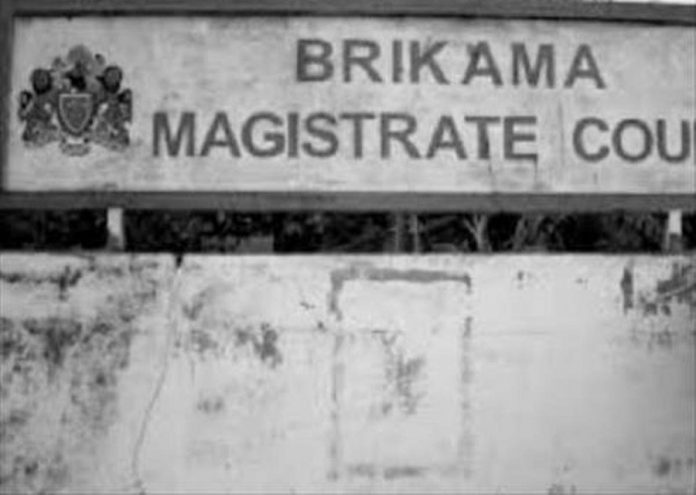 Magistrate Muhammed Krubally of the Brikama Magistrates’ Court has warned police prosecutors in a rape case involving a man called MD, to conceal the identity of the child) that if they failed to bring their witness on the next adjourned date, he will strike out the case.

The man, 40, a resident of Brikama is accused of raping his own daughter aged 15. He is charged with a single count of rape.

The man, who was not represented by a lawyer in court denied any wrong doing.

According to indictment, in April 2019, the accused had unlawful carnal knowledge of a 15-year old girl believed to be his daughter.

When the case was called, police prosecutors 4906 Bangura, alongside Cadet Inspector Manneh applied to the court for adjournment, arguing that their star witness in this matter is sick.

“Your worship, our star witness is admitted at Brikama Hospital and she is the only witness that can be reached at the moment but we are unable to secure her attendance because of her sickness. And in addition, the matter is with the AG Chambers,” Bangura said.

Magistrate Krubally asked the accused whether he has any objection.

“Yes I have objection to prosecution’s application.

I am strongly convinced that their star witness is not sick.

I have been in Mile 2 for more than a month now,” the accused complained in court.

He said if the prosecution is sure of their allegations against him then they should prove it as soon as possible.

“So I want the court to reject their application”, the accused, Darboe urged.

In his ruling, magistrate Krubally said: “I am conscious of the fact that the charge prosecution preferred against the accused is rape which is a serious offence.

I have also taken into account that the accused is arraigned before me since 29 May and the fact the even though he was given bail, he is unable to fulfil the bail condition.

Also it is more than one month and the prosecution could not present a witness for the case to progress. Prosecution’s assumption that the file is at the AG’s Chambers awaiting legal advice and that their star witness is sick is not an excuse. Here, the accused is presumed innocent until proven guilty and so the prosecution must be ready to proceed in this matter.

“In light of the foregoing circumstances, I will accord the prosecution one more chance to adjourn this matter since public interest demands that litigation must come to an end.

If the prosecution does not produce a witness in the next adjournment date I will strike out the matter for want of diligent prosecution,” magistrate Krubally warned before adjourning the case to 15 July.