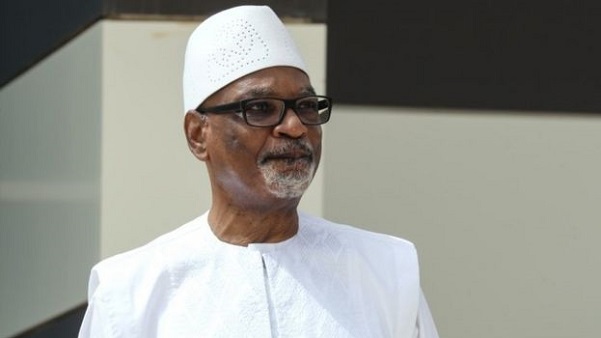 Opposition leaders in Mali have called for President Ibrahim Boubacar Keïta to resign, after they rejected concessions intended to quell growing unrest.
At least four people were killed during street protests on Friday, and there were further clashes on Saturday.

It prompted the president to dissolve a top court which has been at the centre of the controversy after it overturned provisional election results in March.
But a coalition of opposition leaders rejected his proposal shortly after.

Nouhoum Togo, a spokesman for the M5-RFP group of religious and political leaders which organised recent protests, said “we are not going to accept this nonsense”.
“We demand his resignation, plain and simple,” he told Reuters news agency on Sunday.
Opponents are unhappy with President Keïta’s handling of Mali’s long-running jihadist conflict, an economic crisis and the disputed elections.

Conservative Imam Mahmoud Dicko is leading the new opposition coalition. He has been insisting on further reforms after rejecting earlier concessions from the president, including the formation of a unity government.
On Sunday, Mr Dicko called for calm and said he would deliver a televised address later in the day.

“Calm down, please! Calm down,” he said according to the AFP news agency. “We can obtain what we want [through] patience [and] good behaviour.”
Four people died in Friday’s demonstration in the capital Bamako, authorities say. There were a further four deaths on Saturday.

What did the president offer?
As street protests raged on Saturday, the president delivered an evening television address, saying he would dissolve the constitutional court.
“I have decided to repeal the licences of the remaining members,” he said.
“This de facto dissolution of the court will enable us… to ask relevant authorities to nominate new members so that the reformed court can quickly help us find solutions to the disputes arising from the legislative elections,” he added.

President Keïta also suggested that he could agree to re-run some of the disputed parliamentary elections, which is one of the protesters’ demands. This was recommended last month by the West African regional bloc, Ecowas.

Speaking earlier on Saturday, Prime Minister Boubou Cissé said he and the president were open to talks and promised to form an inclusive government “very quickly”.
The offer of concessions came as the opposition said the security forces had detained two of the protest leaders, Choguel Kokala Maïga and Mountaga Tall. Another protest leader, Issa Kaou Djim, was arrested on Friday.

The security forces also “came and attacked and ransacked our headquarters”, opposition coalition spokesman Nouhoum Togo said.
The leader of one of the parties in the opposition coalition, Yeah Samaké, told the BBC that he rejected President Keïta’s offer of concessions and still wanted him to leave power.
“We are demanding the president to step down because he has failed the people of Mali,” he told the News hour programme.

“He has not kept his promises of securing the people of Mali, of fighting corruption, of providing jobs for the youth and these are the demands today of the people of Mali.”
Protests started after the opposition coalition rejected previous concessions from President Keïta designed to end a political stand-off over a disputed legislative election in March.
President Keïta secured a second five-year term in 2018, but has faced increased opposition over a rise in jihadist violence and an economic crisis.

Malians will hope this instability does not play into the hands of the jihadists who are behind the escalating violence in the north and centre of the country.
In a sign of the insecurity, one of Mali’s opposition leaders, Soumaila Cissé, was kidnapped by an unknown group just days before the parliamentary elections. He was still elected to the National Assembly.