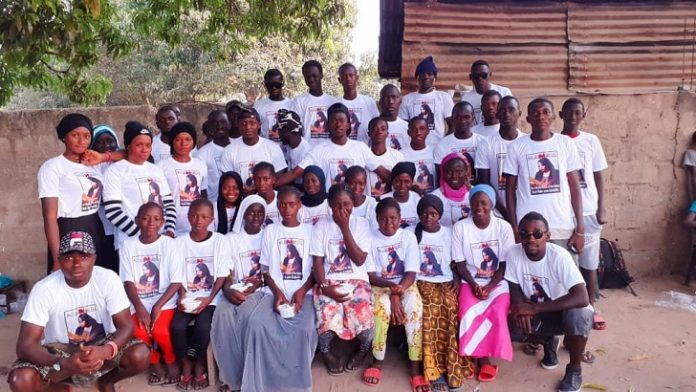 Neneh Show, a Mamos TV series hosted by a Norwegian-based Gambian political scientist and gender activist, Neneh Bojang is set to be premiered in The Gambia soon.
The Show is produced by Lamin Marong, the CEO and joint owner of Mamos TV, a multi-media company which is the latest locally owned online television to be registered in the Gambia in post-Jammeh era.

Madame Bojang, a winner of the most influential person of African Descent in 2019 is set to launch her fan clubs in Kunkujang, Kembujeng, Farafenni, Lamin and Brikama.
Speaking to The Standard on the development, Mis Bojang, who also doubles as the MD and joint owner of Mamos TV said the Show which is set to be launched soon will empower Gambians of all works of lives.

“The Show is the new beautiful media platforms that everyone needs to watch out for. We have just finished recording season 1 in the diaspora and it focused basically on gender, politics and social issues. We target people who are shakers and movers of society…people who are making impact in their communities. We empower them from the bedroom to the boardroom. We touch on issues that matters to the people,” she said.

She said Seasoned One will kick-off with a documentary of Gambia’s Mother Theresa, Amie Jarjue, the initiator of the national fundraiser for Covid-19.
“We are now looking for sponsors and businesses who would like to advertise with us…The moment that is done we will start recording season 2. I am supposed to be in the Gambia but because of the Covid-19, the filming of season 2 couldn’t take place,” she added.

Madame Bojang who was awarded the best TV presenter in 2015 currently serves as the international women peace group peace ambassador and an ambassador for multi-culturalism and diversity in Norway.

She is also the managing director of Jobs Consulting Gambia, a company owned by Ndey Jobarteh and served as staff trainer at the department of Labour and inspired the building/construction of Gambia’s First Job Center at the Department.