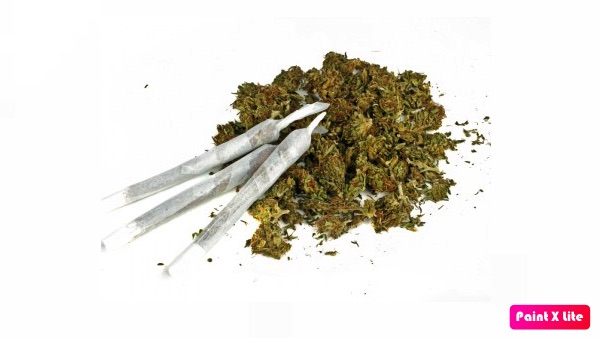 Another evidence of eroding freedom of expression and association in the Gambia, under the watch of President Adama Barrow. Using intimidation and reckless interpretations of the law is evidently continuing under Barrow’s watch, and lack of reprimanding guilty cops is an approval stamp. Last night, January 3rd 2021, a group of drug squad folks and paramilitary personnel disrupted a ‘cannabis awareness festival’ in a private business property, at ‘Jakarlo’, and their excuse is ‘ No permit from the Gambia Tourism Board (GT board)…’ There is a huge difference between holding an event outside in a state or public property versus inside a private business property, and every sane officer should know that. So playing ignorant of this fact and two ‘professional ‘ teams being involved, using intimidation to possibly collect bribes, disrupt a peaceful event, or simply trying to scare and kill an association is what in this age? As usual, they came as hungry and angry wolves, about eight of them, surrounding the organizers and talking hard and rubbish where a culture of cameras would have reduced them to shameful folks with little or no respect to citizens with rights. They threatened the DJ to stop the music or they will arrest him, escorted one of the organizers, Mr. Cheikh Omar Mboge and someone, to their SeneGambia office. Needless to repeat all the rubbish they said there, but it can be summed up: ‘you are selling T shirts that are advocating for the legalization of cannabis, which is illegal…’ he repeated. So that perfectly explains why they didn’t bother the food vendor, but came straight to the cannabis T shirt seller?

Imagine, if Youssou Ndure or xyz, was playing in one of the hotel halls, will you need a permit from GT board, or only if it includes cannabis T shirt? Police are only suppose to investigate crimes, meaning they cannot use ‘potential crime’ in their cowardly heads to disrupt a peaceful association, unnecessarily affect financial investments, cause stress to citizens to affect the health of a person/nation, provoking a potential conflict then or after, etc.

By disrupting the music, some people left in fear or stress, others did not enter to spend, and who will compensate the organizers (DOC2020) beyond hiring music set, food vendors with perishable good, etc? The law gives the victims the right to sue the state, but can the poor afford that? More important is educating the officers why certain laws exist and the consequences of abusing them, beyond the stated. Stopping an event because you do not like what is advocated or products being sold is blatant abuse of power, in the name of ‘investigation’. Escorting a person who commits no crime is waste of time and state resources.

Although he was released within hours, every second matters. The reason the law states you can detain someone up to 72 hrs is primarily to avoid suspects tampering with evidence. So you need a reason to hold someone, not just claim the law says so, you must learn the reason (why) certain laws exist and stop abusing discretionary powers. It is bad enough that you are enforcing bad laws like slavery was legal, but you are also misinterpreting the law, or trying to further taint the image of questionable Adama Barrow?

Beyond the Gambia, Every single person who cares about freedom must try to hold Barrow accountable on such. Those who care about cannabis legalization have lot of learning through this event. They fear as little as cannabis T shirt, so please buy cannabis T shirts and wear them every Sunday, this can act as virtual protest. Imagine seeing tens of thousands of cannabis T-shirts every Sunday, from the beaches to the streets, it will send a strong message to authorities… Beside such virtual protest in and beyond the Gambia, Africa and the world must consider monthly towards weekly protest towards the legalization of hemp and marijuana. Every last Sunday of the month, meet at the parliament, downtown, or a place of your choice in 2021. We need something like the ‘Arab spring’ in Africa for cannabis. Within three months, raise it from monthly to weekly, every Sunday demonstrate from 4:20 PM, your country and the world will cover it towards freedom. Another thing this unfortunate event taught all of us is they always target the leaders to intimidate and kill movements , so if they arrest or harm any marijuana leader, continue to protest and even consider some proportionate destruction of properties. I largely oppose protest and any form of destruction, but sometimes both are necessary, when dealing with cruel and stupid authorities. The physical maltreatment of a pro marijuana leader is worse than destroying million dollar property. If the destruction of one billion dollar worth of properties can legalize marijuana and bring many more billions, then it cannot be off the table. Also consider sponsoring private Bill/act, but you need money and if mps choose otherwise, then protests remain as viable option.

Consider using the supreme court, but again you need money and there is no Guarantee that a Gambian supreme court judge will be as conscientious as the judges in Mexico, South Africa, or France ruled for the people against unjust cannabis laws that ignore even the right of the sick to access one of the safest and most beneficial plant God places on earth, but denied to some based on lies and political miscalculations. The youths and caring folks must stand up beyond voting out guilty politicians.

Learn and resist, or you may remain a victim. Many of the countries that legalized cannabis saw protests before they awoke the conscience of politicians or judges. Yes, our judges and politicians can learn from us or them, it is cowardly to rule out protests on something that affects so many people. We hope Barrow will punish the guilty officers and/or you punish Barrow. We hope worldwide human rights organizations urge buying of body cameras or consider such donations beyond Africa. The cost of two pick up trucks for mps can buy many cameras to serve the public in much better ways. Ms. Kamala Harris introduced mass body cameras for police in California, but where would the Biden- Harris administration stand towards federal and worldwide culture of cameras for and beyond police versus urging and sponsoring LGBT, abortions, etc? Once Senegal or xyz accept camera donation, announcing Gambia or xyz rejects it will galvanize the opposition and people. It may save LGBT lives, reduce abuse of others, and save you millions or billions through refugee claims. So let the u.s consult the EU, and build smart body cameras with solar charging for police, women, the disable, and others… May the conquering Lord swiftly conquer all or most countries in early 2021 towards worldwide marijuana legalization.