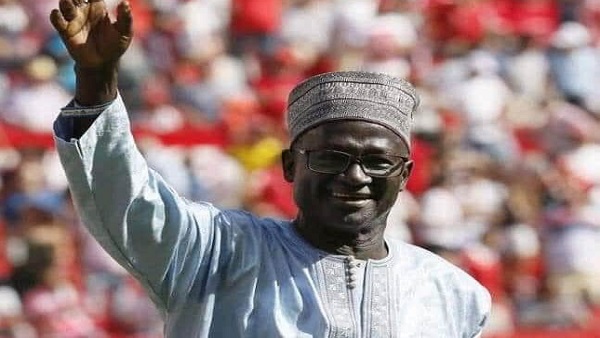 The campaign to name the Independence Stadium after legendary footballer Biri Biri, which started even before his death, has gained momentum once again.

Yesterday a group of concerned Gambians presented a letter to the Minister of Youth and Sports and through him, the President of the Republic requesting his consideration to rename the stadium after Biri who died on July 22 last year, aged 72.

The delegation to Quadrangle was led by Musa Sise, president of the Sports Journalists’ Association of The Gambia (SJAG) and included members of Biri’s family among other distinguished Gambians.

Justifying the suggestion in a letter addressed to the president, Buhary Gassama, one of the many Gambians at home and abroad behind the campaign, said given his immense contribution to the promotion of The Gambia in the field of football, the least the country can do for him is to name the national sports complex after him. ”If his club Seville FC in Spain could name a section of their stadium after him, it is not too much to ask his our country to follow suit,” Gassama argued. Sports minister Bakary Badjie received the petition, which was signed online by Gambians from all over the world. A local drive to collect signatures in Gambia was started after Biri’s passing which now runs into thousands.

The late Alhagie Njie Biri Biri was The Gambia’s first professional player and arguably one of the best players from Africa in his generation.