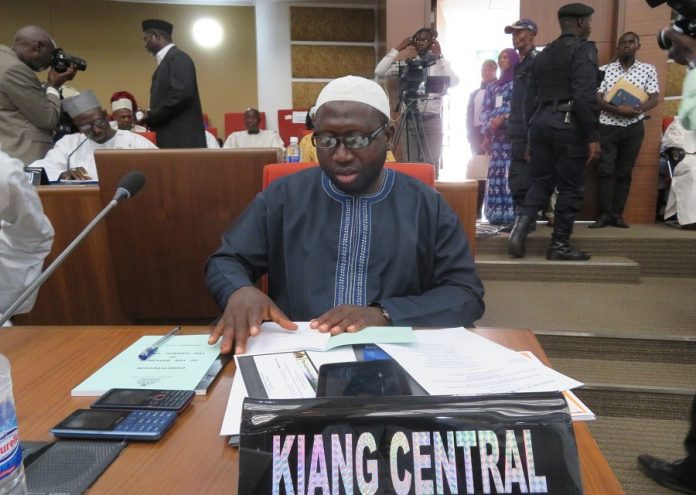 The National Assembly Member for Kiang Central has yesterday called on the government to investigate the recent fire outbreak at the Fisheries Ministry.

Speaking at the assembly yesterday during the adjournment debate, Bakary Camara said: “While we are all saddened by the incident, it is necessary for Government to investigate the matter. What I have seen and observed is that there could be something else behind it. My biggest wonder is that the staff and people working at the Ministry did not make adequate effort to stop the fire outbreak.

“How can you, being a member of an institution that is on fire, fail to do anything but taking photos, or just picking your provision and personal belongings?”
He continued: “I have witnesses, so I am not convinced that this is just a fire outbreak. I want to believe that there is some element of foul play. That is my own opinion and I am entitled to my own opinion”.