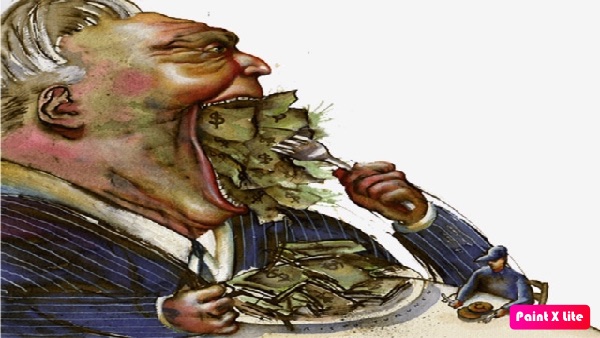 Democratical Republic of Congo is rich of natural resources; limitless water, from the world’s second-largest river, the Congo, a benign climate and rich soil make it fertile, beneath the soil abundant deposits of copper, gold, diamonds, cobalt, uranium, coltan and oil are just some of the minerals that should make it one of the world’s richest countries.

The world’s largest supply of rubber was found at a time when bicycle and automobile tyres, and electrical insulation, had made it a vital commodity in the West.

Slave labourers who were whipped, shot or force fed with liquid rubber if they didn’t work fast enough.

These labourers were controlled by European soldiers, recruited by the Belgian king, Leopold. The soldiers had rifles but bullets were very expensive so when the soldiers came back to their baracks in the evening, every bullet was counted. They were not allowed to shoot animals for food or just for fun, the bullets were for protection of themselves or for killing a slave. Slave men were considered valuable so instead the soldiers used to punish the slave’s wives and children. One right hand of every victim was cut of with a cutlass and every evening these hands were counted. Still you can find photos on the internet of this if you search for Congo, Belgium and King Leopold.

Disobedience or resistance was met by immediate punishment and millions perished.

A culture of rapacious, barbaric rule by a Belgian elite who had absolutely no interest in developing the country or population was created, and it has endured.

In a move supposed to end the brutality, Belgium eventually annexed the Congo outright, but the problems in its former colony remained.

In World War I men on the Western Front and elsewhere did the dying, but it was Congo’s minerals that did the killing.

The brass casings of allied shells fired at Passchendaele and the Somme were 75% Congolese copper.

In World War II, the uranium for the nuclear bombs dropped on Hiroshima and Nagasaki came from a mine in south-east Congo.

Western freedoms were defended with Congo’s resources while black Congolese were denied the right to vote, or form unions and political associations. They were denied anything beyond the most basic of educations.

They were kept at an infantile level of development that suited the rulers and mine owners but made sure that when independence came there was no home-grown elite who could run the country.

Independence in 1960 was, therefore, predictably disastrous.

The Belgian elite who ran the state evacuated leaving nobody with the skills to run the government or economy.

Dear reader, when you have come this far in your reading I think you have began to see the similarities between DR Congo and The Gambia. There are not that many natural resources in The Gambia, but they have been sold out – first by the colonizors , later by Yaya Jammeh and now by Adama Barrow who is sitting in the lap of China. God willing, Barrow will lose the election next year, but who will come after him and what has he left to deal with? The colonizors in DR Congo left the country and there was no trained elite who could take over. The people had been oppressed and the level of education was extremly low. It is a huge task to run a country, and it requires people who are level headed and who are focused on the common good.

The pattern is repeating itself over and over again, and so many of us wonder if there will ever be a change for the better either in DR Congo or The Gambia. Look at where the sweet words has taken us so far. Do you feel that your situation has improved so far? Can you tell that all the hospitals in The Gambia are well equipped and no one has to die because they can’t afford medication and/or treatment?

Have the schools been repaired while they have been closed during the pandemic, so they are in good shape when the pupils come back there again?

Has NAWEC done anything to solve their problems and guaranteed access to water and electricity? Don’t people have to fear anymore fires because of broken power lines? What about people who get electricuted because of these power lines? What is happening in The Gambia? What are people waiting for? For ”someone else” to come and solve your problems? You live in a democracy so claim your rights! This ”someone else-mentality” will only pull you backwards. Look at your possibilities instead of focusing on your disabilities. Ask yourself – what can YOU do to improve your situation? What can YOU do to improve your country? Don’t expect ”someone else” to do it for you! Where is your power, where is your strength, where is your passion?

The greed that is ruling DR Congo is still killing a lot of people.

At least 50 people are feared dead after a gold mine collapsed in the eastern Democratic Republic of the Congo (DRC), local authorities have said.

The accident in the makeshift mine occurred on September 12 following heavy rains in the town of Kamituga in South Kivu province.

Provincial governor Theo Ngwabije Kasi deplored “the tragic deaths of 50 people, most of them young”.

Kamituga Mayor Alexandre Bundya blamed “soil subsidence caused by torrential rain” for the accident and said “the exact number of victims” was not yet known.

He declared a two-day mourning period and urged local residents to help extract the bodies from the ground.

“Several miners were in the shaft which was covered and no one could get out,” said a spokes person from the local authorities.

A local resident said a river close to the mine had flooded after torrential rain. “Water went into the three tunnels. When people tried to get out, there was no way as the water was flowing strongly, with high pressure.”

Mining accidents are common, with dozens of deaths every year in mines where often ill-equipped diggers burrow deep underground in search for ore.

”Morning accidents are common”! That is a fact, but is that how it should be? Are people so used to it so they don’t bother anymore? Of course not, and it doesn’t matter that DR Congo is calling itself a Democratical Republic. Democracy is nowhere to be seen there and claiming your human rights leads you to a death sentence.

Can you see the similarities once again? Too many has died in The Gambia claiming their human rights! They died for you! If you could hear their voices once again – do you think they would tell you to sit on your behind and wait for ”someone else” to solve your problems? No, they would give you a mental kick in the butt and tell you to improve your life and start now!

As long as you allow greedy people to rule The Gambia, your situation will never improve. That is a fact, but are you satisfied with that?