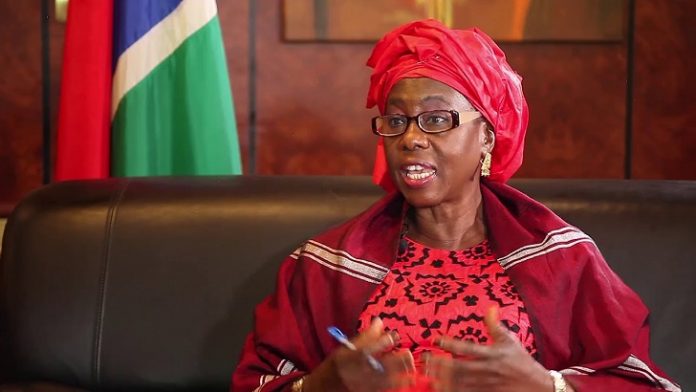 The vice president yesterday tabled before lawmakers the retirement pension bill which seeks to move the pension age from 55 to 65.
Dr Isatou Touray said once passed, the bill will repeal the 1960 pension law and also address better condition for pensioners.

During debate on the bill, majority of the lawmakers argued that most government workers turn to beggars once they retire because what is being provided for is so small that they end up spending it all on transport.

Sulayman Saho, member for Central Baddibu said the bill is to protect the fundamental human rights of the workers in the country particularly in the civil service. He added that if the government did not have better pay, competent Gambians will leave for the diaspora in search of greener pastures. He said a family head without money will lose control over the family.

Halifa Sallah said the bill will not address the injustice of the governments around the world that take pensioners’ monies from them without interest for 40 years, saying that workers are left without regaining interest annually.
Sainey Touray, member for Jarra East said if the issue of salary increment is not addressed poverty will still remain as people’s earnings are low.