NGBV donates medical items worth over D500,000 to 9 hospitals 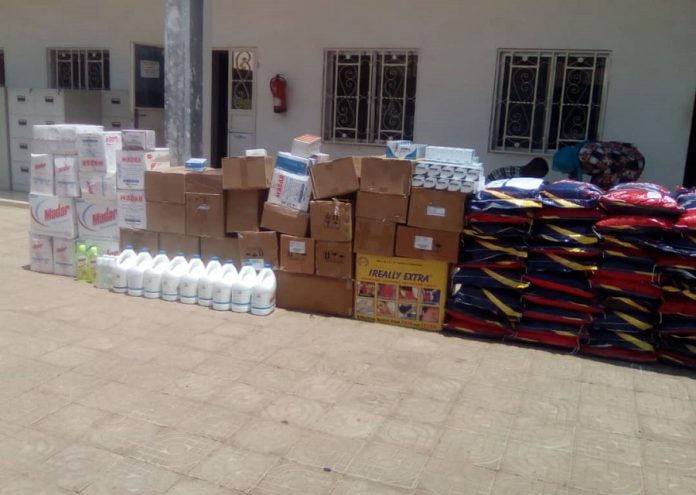 Network Against Gender-Based Violence (NGBV) on Wednesday donated medical items worth over half a million dalasis to 9 general hospitals across the country.
The items are meant to support the one-stop centers to effectively manage and respond to cases that are coming to the hospitals in terms of sexual violence and domestic violence during the emergency.

Items donated included detergents, bleachs, drugs, gloves and hand sanitisers.
Speaking, Falu Sowe, national coordinator of Network Against Gender-Based Violence (NGBV), said
the amount invested in buying the medical items is over half a million.
He said the items will help the one-stop centres, which are established in hospitals to manage the cases of gender-based violence, especially domestic violence.
Sowe said they realised an increase in the number of reported cases of sexual violence and domestic violence especially against pregnant women from January to October. He said this makes the network become very concerned as an institution that is trying to address issues of GBV in The Gambia.

“And with the help of our partners Action Aid International, the Gambia and Amplify Change, we decided to purchase these items to support the one-stop centers to effectively manage and respond to cases that are coming to the hospitals,” he said.
Other speakers inculded Babanding Daffeh, focal person one-stop center at Kanifing General Hospital.