Nominees for the 2020 Fashion Awards Gambia 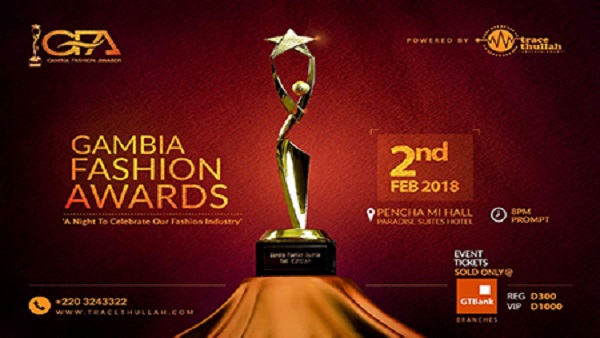 Fashion Awards Gambia (FAG) is arguably one of the biggest fashion fests in the country. The organisers have released the names of the nominees for the 2020 awards which is billed to take place at the Penchami Hall, Paradise Suites next Friday, 7th February.
Every year, FAG honours and recognises outstanding creatives in the menswear, womenswear, accessories and other fields relevant to the fashion industry. This year, we were pleasantly surprised to see new names on the list and to see that all the honorees this year are women and even more pleasantly surprised to see that the nominees for the 2020 Fashion Awards Gambia included two talented African menswear designers whose works constantly leave us in awe.

Outstanding designer and CEO of Badjiz’s Designs and creative director of ‘Goudi Ambiance’ found his way on to this exclusive list twice as he was nominated for both Menswear Designer of the Year and Most Stylish Designer of the Year while model and designer Moses Ann of Anzy’s Design was also nominated for the Emerging Designer-Menswear of The Year. Meanwhile Nigerian-Gambian Smart Adebayo of Smart Adebayo was nominated for Fashion Photographer of The Year.
The biennial red-carpet event will take place on Friday 7th February 2020. There will be 35 nomination categories and 15 other awards.