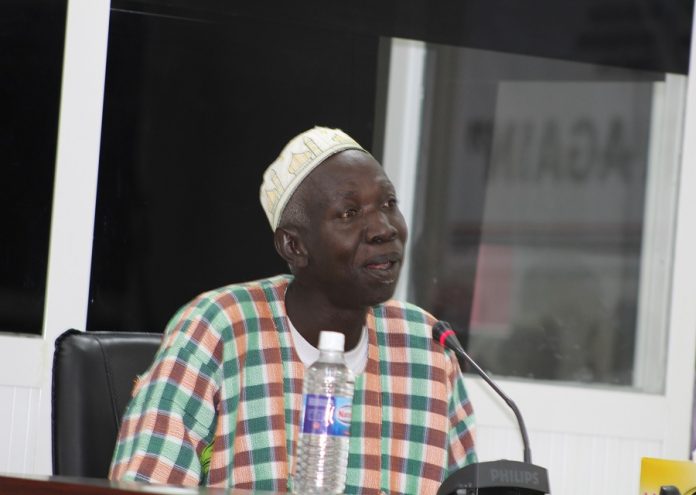 Abdoulie J Darboe, a survivor of the 11 November 1994 massacre of Gambian soldiers at the Fajara and Yundum barracks, has warned the Barrow government against allowing former President Yahya Jammeh’s return to the country.
He also warned government against issuing his party, the APRC a permit to protest to demand his return.

Darboe, a former Army lance corporal who survived the mass shooting of soldiers in the wake of the failed coup, added: “Any protest to demand Jammeh’s return to the country will have dire consequences on the victims. If the government should give the APRC such a permit to demonstrate, it is going to be an insult to the victims, given all the revelations about Jammeh’s human rights violations.”

“I believe the authorities should consider the victims’ plight very seriously because any attempt to allow APRC to protest will be harmful to the victims,” he told The Standard.
Darboe, who also testified at the TRRC said instead of giving the APRC a permit to demonstrate, the government should issue a strong warning to the former ruling party to stop provoking victims.

“If Jammeh had not victimised Gambians, we would not have any problem about him retuning. But as we speak, it would be immaterial for him to come back. I am very scared that there could be severe repercussions if he returns to the country at a time when victims are more concern about their health and wellbeing as they brace up for reconciliation,” he said.

Darboe added: “Giving the APRC a permit now equals to empowering them to the detriment of the victims. The victims are very scared about the calls for Jammeh’s return.”
Meanwhile, Sheriff Kijera, the chairperson of the Gambia Centre for Victims of Human Rights Violations has warned that the victims are planning to stage a counter protest the same day the APRC plans to into the streets. “We will go out without a permit. We will feel justified to stage a national day of outrage in response to government’s lack of respect for victims and total disregard for the TRRC. All the victims are ready to go out if the government issues a permit to APRC,” Kijera said.

Recently, the 1st deputy leader of the APRC, Ousman ‘Rambo’ Jatta announced in a WhatsApp audio that the former ruling party is planning to demonstrate on 17 January to demand the immediate return of former President Yahya Jammeh. .