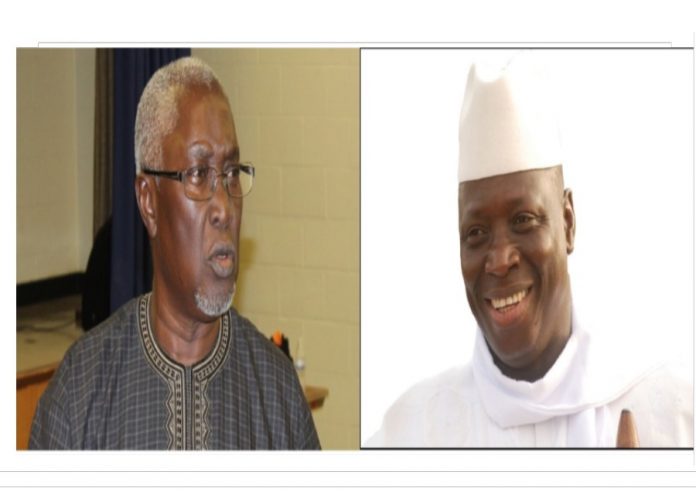 The leader of the People’s Progressive Party and Minister of Agriculture, Omar Amadou Jallow, has said that any measures taken to try former president Yahya Jammeh alone will represent a miscarriage of justice, saying Jammeh would not have done all what he did without the support of ‘our own people’.
OJ said it will be grossly unfair if Jammeh alone is prosecuted and his henchmen go scot free. “Because if you are killing a goat, those who help you hold the legs also participated in the killing and should face the same consequences. This is why for me Gambia should learn from other countries’ experience to deal with our past,” he told GRTS Perspective recently.

He continued: “That is why I said for me I have forgiven Jammeh because I believe other people in some countries have faced more severe things than I faced under Jammeh and they have moved on, so why not us? I do not even mind for Jammeh to come back. All what I am saying is that let us form the Truth Reconciliation and Reparation Commission and if the truth is known, the victims be compensated we move on because you cannot have two justices.”

The Agric minister said the TRRC is the only right way to get to the past and move on. He said if Ghana can move on after their former President Jerry John Rawlings executed 3 former heads of state, 13 ministers, 3 judges in one morning and killed over 375 people during his rule, ‘Gambia can do the same.
“The same or worst happened in Liberia, Sierra Leone and Somalia but there was nothing like a pay back. To me we should emulate Ghana to compensate these victims and move forward. Because if we continue to look back we will find it very difficult to progress,” he concluded.