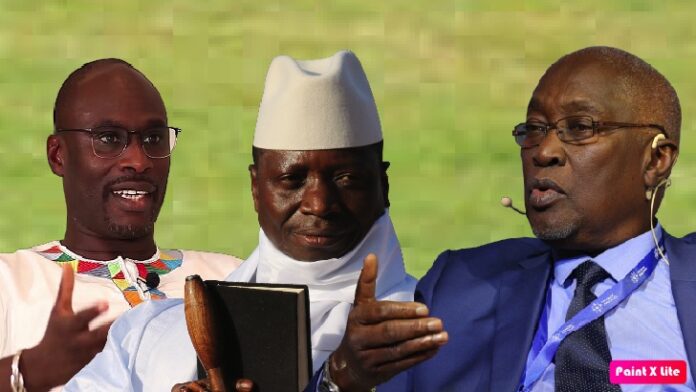 Veteran politician and former minister in both the Jawara and Barrow governments Omar Jallow (OJ), has advised the Truth Reconciliation and Reparations Commission (TRRC) to recommend for victims’ reparations over former president Yahya Jammeh’s prosecution.

The TRRC is investigating and establishing an impartial historical record of human rights violations under Jammeh and also consider reparations for the victims of abuses, promote reconciliation and promote non-reoccurrence.

The commission is set to conclude its public hearings during the first week of May 2021, and during the rest of May and June prepare the final report containing its findings and recommendations. That report will be submitted to the president in early July.

But speaking in a Standard exclusive five months before the report, OJ said: “I will advise the TRRC to strongly work on creating a very good reparations package for the victims and recommend to the government through the National Assembly to pass a law to ban Jammeh from ever contesting for political office in this country just like the Ghanaians did with Jerry Rawlings. I sympathise with those who suffered under Jammeh, especially those in wheelchairs and those who are very sick or severely tortured and maimed. I very much want these categories of people to live a life in comfort but we cannot do that without creating a very good reparations package.”

He said TRRC should emulate the truth commissions in South Africa and Ghana to avoid what happened in Liberia and Sierra Leone.

“What happened in South Africa, everybody knows that not one quarter of it happened in The Gambia but they settled it through a reconciliation commission and they have peace today. In Ghana, Jerry Rawlings executed 3 former presidents, 13 former ministers, 3 judges and 780 people died under torture but after their truth commission, they just made sure that they compensated the victims and moved on. This is why I want to advise the TRRC to go and get money to ensure that each and every Gambian who suffered under Jammeh is adequately compensated because for me, I don’t believe in retaliation,” he said.

He further argued: “If you bring Yahya Jammeh and take him to court and put him in prison, then there will be no reparations but if we have enough money and give D5 million to all the families who lost their loved ones, D3 million to those who were tortured and D2 million to all those who illegally lost their jobs, then we will have the peace we need.”

He said even as Muslims and Christians we are taught to forgive. “Why should we not forgive? It is difficult but we will have to try. In Islam for instance, Omar Bun Khatab killed several Muslims and buried his own daughter alive before converting to Islam but the moment he joined Islam, he was forgiven. That is what I want The Gambia to do. We will have to preach peace because without peace we cannot achieve anything tangible for the advancement of this country,” OJ said.

He added that the special treatment the former presidents of Chad and Liberia, Hissène Habré and Charles Taylor who were all jailed for human rights violations are enjoying, is clear example of why Gambia should not take the road of retaliation.

“When the Covid-19 pandemic started he (Habré) was taken out of jail to his house and Charles Taylor’s wife is pregnant again because he is given access to see the husband once awhile. Tell me which ordinary prisoner will get such treatments. So the Gambian victims will have a choice to make on whether they want Jammeh to be sent to jail and the story will end there or they will want to be compensated because they cannot have both,” he concluded.