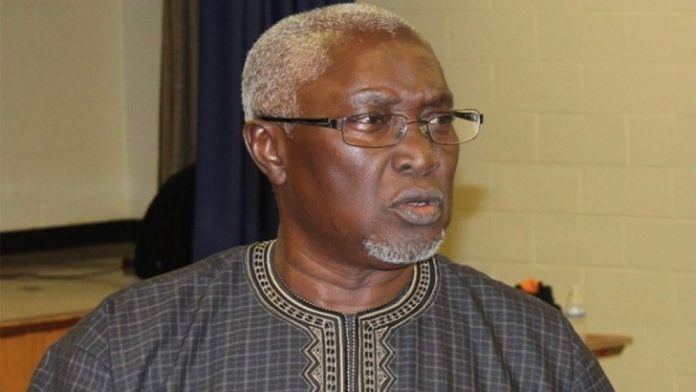 Statesman and former agriculture minister Omar Jallow (OJ) has chastised the spokespersons for the former ruling party, APRC, for being insensitive to the victims of former president Yahya Jammeh.

OJ who was arrested 22 times during Jammeh’s so many years in power, warned that the “continuous glorifying and sensationalising” of the former president by his supporters and party linchpins run contrary to the spirit of national reconciliation and healing.
“The victims are there seeing you glorifying the very person who has inflicted pain on them. Nobody should glorify a murderer. I am appealing to my colleagues and friends in the APRC that Yahya Jammeh is history. Let us agree and accept that as Sir Dawda [OJ’s former party leader and First Republic president] has become history. Let us not try to glorify a person who has tortured and murdered people,” Jallow said.

Mr Jallow made this plea while addressing a reconciliation event facilitated by the TRRC between perpetrators and victims of human rights violations under Jammeh.
“I think a real Muslim or Christian should emulate what Major Bubacarr Bah [repentant torturer] has done. But to continue to glorify Yahya Jammeh means you are trying to undermine the job of the TRRC,” stated.

The least, Mr Jallow said he expected from the APRC in these times, is “to apologise, show remorse and appeal for forgiveness” to help build reconciliation and peace in the country.