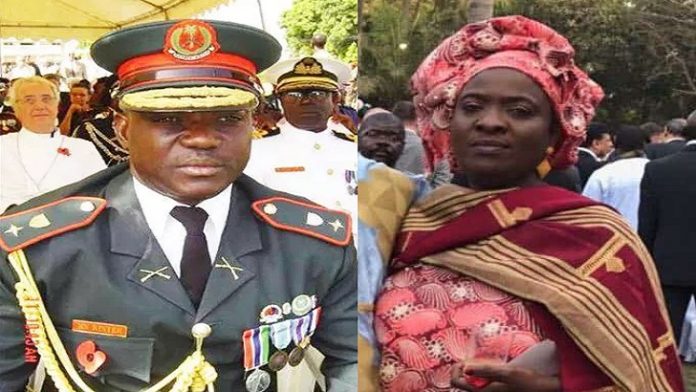 I write to you as a concerned citizen to raise my concerns about the Gambia Armed Forces Agricultural Project which was announced on 8 April 2019 by State House (http://statehouse.gm/president-thumbs-gambia-army-major-foo…).

It was announced that the President has given his blessings to the project following a courtesy call by the Chief of Defense Staff Massaneh Kinteh to brief the President about the project
(https://gaf.gm/…/gaf-briefs-minister-of-defence-about-arme…/).

My concerns over this project deal with, first, the transparency and accountability of the project and secondly, the appropriateness and relevance of the project for the Gambia Armed Forces.

I have decided to make this an open letter so as to also engage the wider Gambian population on a matter that I strongly hold to be of legitimate public interest.

Hence by making the letter public I wish to also generate a public debate on this issue.

But more importantly I am making this letter public as a means to hold your Committee transparent, accountable and responsive.

Having noted these issues, let me state therefore, at the onset, my issues and concerns about the transparency and accountability or the lack thereof of this project.

According to the Gambia Armed Forces they are embarking on this project pursuant to Section 187 subsection 1(c) which states that one of the principal functions of the Armed Forces is “to engage, at the request of the civil authorities, in productive activities, such as agriculture, engineering, health and education of the development of the Gambia.”

However, on close scrutiny of this provision one will notice that it did not explicitly provide how the military will engage in these endeavours.

There is also no act of parliament to determine how the military will engage in these kinds of endeavours.

Hence it is clear that this provision by itself is not enough basis for the Gambia Armed Forces to engage in any such activity just like that.

It is for this reason that there has been limited to no transparency about this project.

Until today, the Gambia Armed Forces has not issued the project proposal or any document publicly to outline the nature or the arrangements for partnership with their America partners, AGCO.

For your information AGCO is not a commercial farming company.

According to their website the company is “a global leader in the design, manufacture and distribution of agricultural solutions(https://www.agcocorp.com/about.html)”.

In other words, AGCO manufactures machines for farmers.

From the foregoing this company are not farmers but manufacturers of farming materials and equipment.

Hence their partnership with the Gambia Armed Forces require lot more scrutiny as to the nature, extent, scope or manner of this engagement.

It appears to me that it is the Gambia Armed Forces that wishes to engage in massive agricultural activity and for which there is a supplier of equipment to facilitate that project.

For that matter, I have a number of issues that I consider important for your scrutiny for the purposes of transparency and accountability.

1. The project is said to be 125 million US dollars investment from AGCO.

Therefore, I would strongly advise that your committee to summon the Chief of Defence Staff to address these issues, if this is not done already.

Furthermore, I strongly advise that necessary legal and policy instruments be created to guide the overall management, implementation, monitoring and evaluation of this project.

My second concern about this project is that it is not appropriate and relevant for the Gambia Armed Forces. Here are my reasons.

I had earlier raised concern over the appropriateness of this project when it was first announced by State House in which I made the point that giving such huge non-military functions to the Gambia Armed Forces has the potential to raise the military beyond and above civilian and democratic control hence undermine democracy and good governance in the country.

I made reference to Egypt particulary where the military has been engaging in such projects since the 1950s, consequently making it the single largest player in the economy.

Experts have noted that the Egypt army controls between 45% and 60% of the economy through agricultural projects, construction, housing, various service provision activities including providing medical services.

This unfortunate scenario has led to the Egyptian Army becoming the most powerful institution in the country hence severely affecting the overall governance of the country.

As a small nation the Gambia is yet to build strong oversight institutions and practices with the capacity to monitor and restrain an economically powerful army.

Thus, I am of the view that if we allow the army to have such projects, we will end up creating a monster that no one could eventually control hence the entire State will be at the mercy of the military as we see in Egypt.

At this stage of our history I strongly suggest that the Gambia Armed Forces rather focus on and undergo intense and widespread reforms in order to produce a sizeable, professional, well-equipped and well capacitized army that could provide complementary social services to the society.

For example, the army could operate health facilities or provide military doctors to complement civilian doctors in our health centres especially in times of disasters.

Where the army is to do farming, this must be within their barracks or at limited scale that is meant to only serve the food security of the military.

I strongly hold that if we allow the military to have such a large project aimed at feeding the nation then surely, we will end up having the nation at the mercy of the army.

Furthermore, the potential for this project to give rise to and entrench corruption and stifle professionalism within the military is high simply because of the huge economic benefits that will come out of it, and where the necessary oversight is weak.

In light of the above concerns, I would suggest that your Committee go further to consider the amendment of Section 187 so that the military is prevented from engaging in massive economic activities that has the potential to compromise the core mandate of the military as well as transform it into an uncontrollable entity of its own.

I hold the view that the military has to remain within the confines of the roles and functions of a military, with all of the modernisation initiatives considered, without any commercial ventures of any kind.

As the national oversight body for defence and security I wish to therefore bring these issues to your urgent attention hoping to receive a comprehensive response.

While you consider this matter, I wish to kindly request that you also seriously consider the state of affairs within the military.

Foremost among these issues are the conditions of work and living including incentives for soldiers which are largely poor and inadequate.

Given the testimonies we have heard so far from the TRRC about the appalling state of affairs in the military in the 1980s to the 1990s which significantly contributed to the 1994 coup, it behoves on the Gambia Government to ensure that the conditions of soldiers are addressed so as to promote high morale, professionalism and reduce the incidence of corruption and coup.

Furthermore, the Gambia Government has no portfolio for Minister of Defence which is at this moment unconstitutionally held by the President. By our Constitution the President has a Cabinet which comprises the Vice President and Ministers including the Attorney General.

These are appointed by the President under Section 71(3).

Section 71(4) states that the office of a Minister becomes vacant when that person becomes the President or if sacked by the President.

It is clear therefore that the President cannot hold the office of a minister because this would constitute a contradiction hence a violation of Section 71 since no one can appoint and sack himself in a position! For that matter reform of the armed forces would require the appointment of a separate individual as the Minister of Defence.

I hope you would give this matter urgent attention that it desires in the best interest of the Gambia.