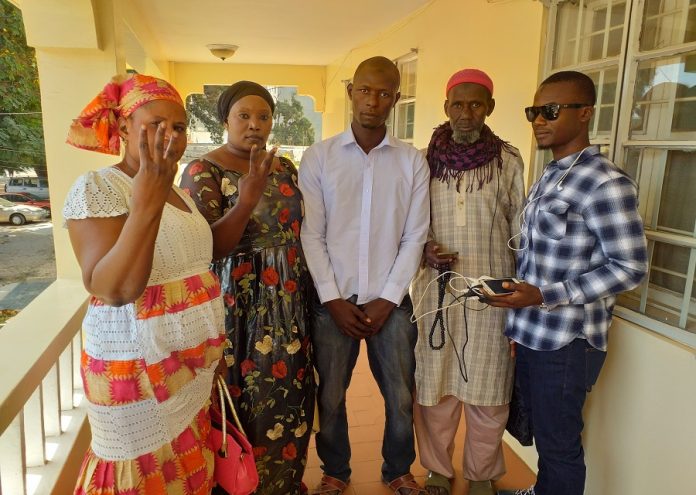 Fatou Conta, one of the most vocal members of the so-called ‘Operation 3 Years Jotna’, a group calling on President Barrow to step aside after three years, has told The Standard that the group is “very disappointed” with the decision taken by the majority of coalition stakeholders, to extend the mandate of the president to five years.
The parties that formed Coalition 2016, with the notable exceptions of PDOIS and UDP, are meeting at Kairaba Hotel to put a seal on an amended MoU extending to five years the transitional term of President Barrow. In the original agreement, Barrow was to serve for just three years and not to contest the immediate successive election.
Ms Conta said her group will hold a protest on 17 May at the home of Fatoumatta Jallow-Tambajang, the convener of the coalition, to vent their frustrations over the decision to extend Barrow’s mandate.

“The agreement Barrow has with the Gambian people is three years and he must step down after three years. In December [when the three years elapse] we will go out and when we do, we will never go back to our homes until he, Barrow, leaves the State House. We are ready and nothing will stop us,” she said.
She said the group is determined to ensure that politicians keep their words, saying Gambians have suffered for far too long in the hands of politicians.

“We want to make sure that whatever our politicians tell us during campaigns, they adhere to it or else we will force them out. The days are gone for [empty] political rhetoric. We understand the Constitution says five years, but we want to use Barrow as a benchmark to ensure that there will be no more false promises in this country,” she added.
She said contrary to widespread rumours, the group is not a proxy of the UDP or any other political party. “We are just concerned Gambians who want to set the right standards in this country. We are out to defend the truth and we want to call on all Gambians to join us in December in our protest,” she added.

She called on their members not to disrupt the coalition meeting at Kairaba Hotel today where the extension amendments and the signing of the much-heralded MoU is expected to take place.
“We are calling on Gambians to remain calm until December,” however, she added, “the executive of Operation 3 Years Jotna will march to Fatoumatta Jallow-Tambajang’s home in Manjai to vent our frustration and disappointment on 17 May [next Saturday] if they go ahead and sign the MoU,” she stressed.

Two out of the 6 new Covid-19 cases registered yesterday are Senegalese members of the Ecomig contingent. The two soldiers, ages 47 and 46 respectively,...
Read more
News

By Tabora Bojang A leader of the Citizens' Alliance party, Dr Ismaila Ceesay, has called on the inspector general of the police to immediately drop...
Read more
News

July 3, 2020
Two out of the 6 new Covid-19 cases registered yesterday are Senegalese members of the Ecomig contingent. The two soldiers, ages 47 and 46 respectively,...