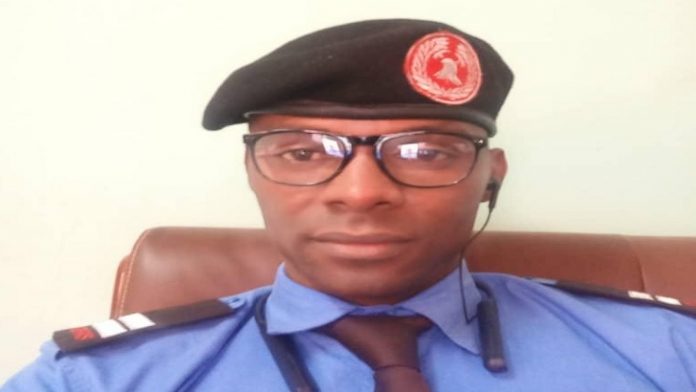 Following a rapid assessment of the Monday evening fire that gutted Basse central market, the chairman of the regional area council has put the damages at D571,597,000,551.
Chairman Foday Danjo told The Standard that Vice President Isatou Touray visited the scene and informed the Basse community that President Barrow and the Minister of Finance have discussed with the Ministry of Works and Gamworks the urgent rebuilding of the market.

“A rapid assessment was done recently and the approximated amount of cost of perished items in the fire is D571,597,000,551. The number of victims is about 617 and over 388 shops were burnt,” he added.

Chairman Danjo could not say how much it would cost to rebuild the market and when the works would start but said the details would be clearer after the president’s visit.
He also confirmed that President Barrow has donated D270,000; Ousainu Darboe D400,000 and Mamma Kandeh D200,000 as relief for the victims.
He appealed to the government, non-governmental organisations and others to aid the victims.

Chairman Danjo also confirmed that agents of the SIS and police have mounted investigations to establish the cause of the fire.
Lack of hydrants
Meanwhile, the regional deputy spokesman of the Gambia Fire and Rescue Services Sub-Officer Amadou FM Njie, said the blaze was exacerbated by the lack of fire hydrants.
“The entire market surrounding has no fire hydrant. The only available hydrant is at the Mansajang Fire Station which is far away from Basse Santo-Su where the market is,” he lamented in Basse.

According to him, the closest fire hydrant was condemned by some unknown community members. “If there was a hydrant at the market, we would not have called Senegal to come and help us to fight the fire. About 90 percent of fire incidents in Basse and other surroundings are worsened by lack of fire hydrants. The government should look into the issue as a matter of urgency. It is very important to have at least one fire hydrant in every community,” Sub-Officer Njie advised.

He also said the local fire engine was too small and that was why they had to request help from Bansang, the Chinese station in Basse, and Senegalese firefighters.
He said another major hurdle was that the fire started around the centre of the market and the spot could not be easily reached as the market was cluttered with canteens and tables.

“Consequently, we had to use bulldozers to create access,” he explained.
“So far, nearly a dozen suspected shop looters are in police custody after being arrested at the scene while the fire was being put off,” he concluded.