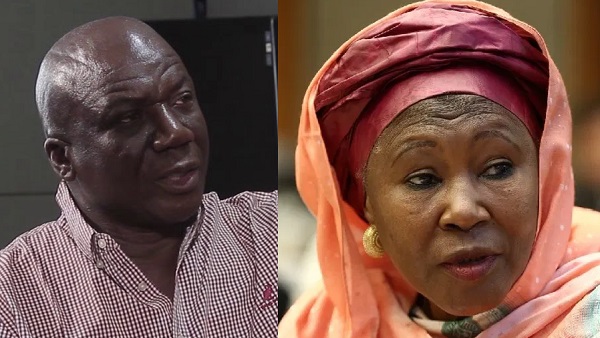 UDP surrogate and fiery Bakau politician, Dudu Kasa Jaata, has accused former vice president, Fatoumata Jallow-Tambajang of hypocrisy for saying she had called President Barrow to pardon the 3 Years Jotna leaders if they are found guilty at the end of their ongoing trial.

Mr Jaata who walked into The Standard offices yesterday morning, said Mrs Tambajang was engaging in political grandstanding by making that statement and that she should have instead advised President Barrow to order an immediate nolle prosequi and ask the prosecutors to withdraw the case.

He argued that Mrs Tambajang stands on “no moral ground to speak on the three years issues, as she was part and parcel of the Coalition that let Gambians down”.

He argued: “Let her keep quiet because it is people like her who failed the nation over the transitional mandate of the president. She was one of the key members of the group that initiated, agreed upon and sold this three years idea to the Gambian people. The people had trust in them and believed they were people of their word and consequently gave their votes to Barrow and uprooted the dictator, Yahya Jammeh. But now people like her turned around and want to entrench Barrow by all means. Fatoumata and her cohorts have shown total lack of respect to the Gambian people. Fatoumata Jallow-Tambajang, Omar Jallow (OJ), Halifa Sallah and Mai Ahmad Fatty were all advocating for three years. They failed the nation. They should all go round with Barrow and apologise to Gambians.”

Kasa Jaata said instead of the former vice president “massaging the truth”, she should have prevailed on Barrow from the onset to open his doors for dialogue with the 3 Years Jotna group “if she is indeed genuine and sincere.”

Mr Jaata who said there is nothing criminal in citizens demanding politicians fulfill their promises, said until a “real system change” is achieved in the country, the regime should brace itself for continuing lawful and democratic political agitation.

Editor’s note: Most of Mr Jaata’s statements in the interview from which this article is sourced could not be included in this report because they addressed the substantive issues in the ongoing trial and could be deemed as sub-judice.