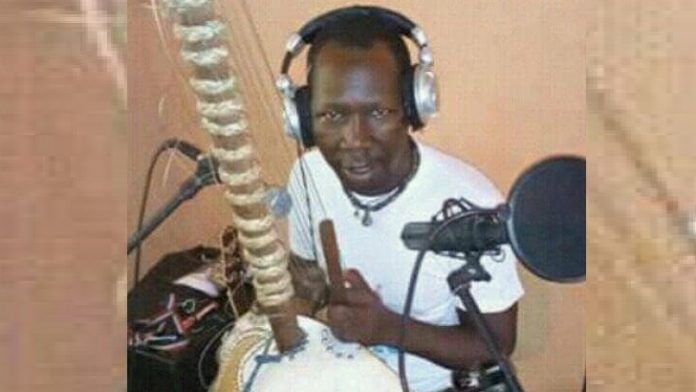 The famous Brikama Kora player, Pa Bobo Jobateh and his Touba Kairaba Band will launch a brand new album called Mansakunda on April 26.
The launching will be at the Brikama Youth Center at 9pm.

According to the famous young kora player, who famously challenged dictator Jammeh with a defiant song calling him to pack up during the political impasse, said the day will be a watershed occasion for the ban, the people of Brikama and The Gambia in general.
His manager Lamin Jaiteh said the launching will promote Gambian music, as well as draw attention to the diversity of the Gambia as a nation of rich culture.

According to organizers, any funds raised at the launching will be used to buy musical instruments and a truck to conduct a music and cultural tour to preach and end to political differences in the country.

“We want to fulfill some of the rural community development projects with consultation with our National Assembly members and councils by bringing together women and youth groups, which cannot be without putting aside our political differences,” Mr Jaiteh said. He also revealed that Brikama has several kora training schools opened to Gambian and foreigners who wish to learn the Kora and people must make use of his trainings.