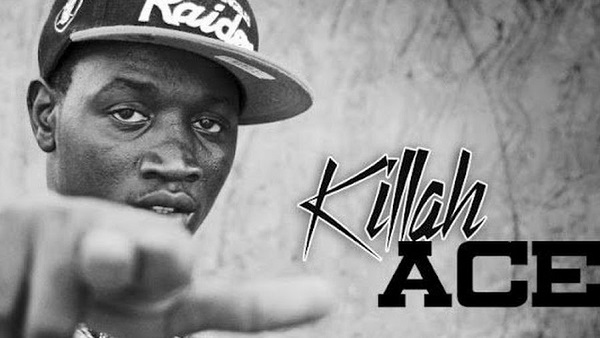 Prominent Gambian Raptivist and Civil Society Advocate Ali Baba Cham commonly known as Killa Ace was on Tuesday detained at the Gambia-Senegal border, his group Team Gom Sa Bopa alleged. According to the group, Killa Ace’s detention by Senegalese Border Force officials for at least five hours ultimately led to the rapper missing his flight to Serbia scheduled for a 22:00 hrs departure from Blaise Diagne International Airport.
The outspoken Rapper and President of Team Gom Sa Bopa (TGSB) released a detailed account on social media explaining how he was maltreated by Senegalese Border Force Officers.

‘Came to the border and the officials on the Senegalese side called me in for screening. At first I’m search by a ‘drug squad officer’. The officer searched me with so much bitterness, only to find nothing. I wasn’t allowed to make calls, I got handcuffed and all the papers that I had on me were taken, held in detention for 5 hours to be released at 8:30 pm.’
What was most alarming was the fact that one officer explained that ‘we know that you’re [Killa Ace] part of this movement’. In an attempt to justify the detention, the officer explained that they could detain him [Killa Ace] until the legal time before releasing him. This gave the impression that the delaying tactics could have been an intentionally calculated move to deny Killa Ace the opportunity to represent The Gambia at an International Civil Society Forum abroad.

This raised serious questions on the implementation of ECOWAS Protocols on free movement of people and goods within West Africa. In December 2018 during a SeneGambian Youth conference dubbed ‘Mboka’, the issue of unnecessary checkpoints across the border on both sides were highlighted as a restriction to implementing ECOWAS Protocols on free movement.

We thereby bring to the Senegalese and Gambian Border Force Authorities attention ECOWAS Article 3, which states that ‘A citizen of the Community visiting any Member State for a period not exceeding ninety (90) days shall enter the territory of that Member State through the official entry point free of visa requirements. Such citizen shall, however, be required to obtain permission for an extension of stay from the appropriate authority if after such entry that citizen has cause to stay for more than ninety (90) days.’
In this regard TGSB takes this opportunity to show its dissatisfaction with the Senegalese Border Force’s unnecessary detention of a Gambian citizen causing them to miss an important international engagement. This raises serious questions if the authorities of both ECOWAS countries are actively working to contain the voice of SeneGambian Youths within their home countries? If the response is in the affirmative we wish to remind both authorities that the voices of young people will not be silenced.

About Team Gom Sa Bopa (TGSB)
Team Gom Sa Bopa is a youth empowerment Non Governmental Organisation dedicated to raising awareness among young people through Art and arousing their interest in National Development. The movement engages Artists and Influencers to play an active role in Civic Education and to be Local Community and National watchdogs of the country, especially over our leaders and public officials in charge of developing The Gambia.
About CIVICUS
CIVICUS is an International Civil Society platform scheduled to hold a conference in Serbia. According to their official website ‘The event is held in places of political and social significance, in public spaces versus traditional conferencing venues. CIVICUS event sessions focus on interactive and immersive encounters with diverse actors from around the world. The result – a thoughtfully planned event that forges connections to share ideas, catalyse positive social change, exchange tools that enhance citizen action, and celebrate people power.’